A feat of courage and resilience in one of the world’s most unforgiving environments was the subject of a presentation delivered to guests at the latest UK Israel Business Breakfast.

The breakfast was facilitated by Jonny Ross from Fleek Marketing. Guests heard from Janette Benaddi and Helen Butters, who are two of the “Four mums in a boat” who successfully rowed across the Atlantic in 2015/16.

Butters is a Sunday Times Bestselling author, keynote speaker, communications & engagement expert, a qualified performance coach with NLP, and a member of the National Council of Psychotherapists.

She told the event how she and the three other rowers – all women from Yorkshire – had everything against them when they decided to take on the challenge.

“We were four mums, all working full time and all with really busy lives,” she said. “It took two and half years to plan the challenge, then we were at sea continuously for 67 days, five hours and two minutes. 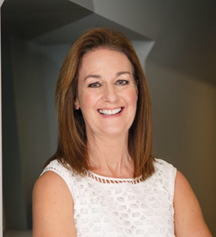 “We were rowing for two hours on, two hours off all the time. It was very tough and scary.

“Our goal was to get across the Atlantic and stay as friends and we had to work hard to do that. Everything that could go wrong did go wrong but it was an amazing opportunity for us to work together as a team.

“We went on board with the mindset of looking after each other rather than ourselves and we recognised our strengths and weaknesses.”

For her next adventure, Butters will be cycling 1,000 miles through four countries from Maggie’s Leeds to Maggie’s Barcelona in April 2022.

She and her team will again be raising money for the Maggie’s Yorkshire charity, which helps people living with cancer.

Benaddi is a serial entrepreneur who is passionate about helping SMEs to flourish and grow, as well as enjoying her work with several companies as non-executive director.

She is regarded as one of the UKs authorities on medical device regulations and clinical trials.

Benaddi said when she and her fellow rowers reached Antigua at the end of the exhausting voyage they were finally able to mark their achievement in front of the world’s media. 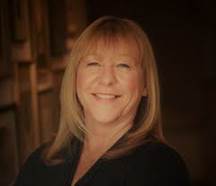 “We were really able to just be in the moment,” she said. “As women I don’t think we’re very good at celebrating our success.”

She added she and her team mates were so full of adrenaline that when they were burned while letting off celebratory flares they didn’t even feel the pain.

Chef Works operates in 90 countries as a major manufacturer and distributor of chef clothing and uniforms for restaurants and hotels worldwide.

Gross talked about some of the issues the business faces because of its support for Israel.

“We do a lot of our manufacturing in Bangladesh, but Bangladesh doesn’t recognise Israel,” he said. “So the products can’t be shipped directly from Bangladesh to Israel – they have to be shipped via Singapore. That’s just the way it is.”

Dyson, who is head of commercial property at Blacks, said the pandemic has created a lot of change and opportunities in this area, because people’s increased desire to buy goods online means more demand for commercial space to stock these goods.

And he touched on the continuing lack of workplace diversity in some sectors, saying people should be open about how to tackle this problem, even though it won’t be solved overnight.

Sheffield will bid to host Eurovision 2023

CEO of Leeds 2023 to speak at the upcoming Summer BBQ

Join us for TheBusinessDesk.com’s 2022 Summer BBQ