The National Infrastructure Commission (NIC) is opening a new office in Leeds, Chancellor Rishi Sunak has announced it will have a new site in Leeds by the end of 2023, as treasury notes this is a sign that the Government is continuing to deliver on its levelling up agenda.

The NIC, which provides impartial, expert advice to government on major long-term economic infrastructure challenges, is the latest organisation to select the city as a base. The UK Infrastructure Bank officially opened its HQ in the city in June, and will soon be joined by the Bank of England which selected Leeds to become home to its Northern Hub which will be a “critical component” of its plan to “better deliver ambition” throughout the UK.

Commenting on the announcement Chancellor of the Exchequer Rishi Sunak said the new office will “help distribute investment and opportunity right across the country as we level up opportunities, boost the economy and help create jobs.”

Currently employing around 50 people, the new NIC office is expected ti see around 40% of staff based there in the future, which will according to Treasury “ensure that those advising on future infrastructure are more representative of the public they serve”.

The announcement added that the move, which is part of part of the government’s commitment to move 22,000 civil service positions out of London and the South East by 2030, will “help bolster the NIC’s role in addressing regional differences in infrastructure needs” .

Sunak added: “We are committed to delivering high-quality infrastructure across all regions of the UK – and the National Infrastructure Commission plays an invaluable role in this.

“That is why it’s fantastic to announce that the National Infrastructure Commission will be opening a new office in Leeds.” 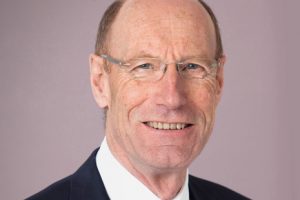 Sir John Armitt, chair of the National Infrastructure Commission, said: “It’s great to be establishing a second base in Leeds. It is not only a great city to live and work in, but the move underlines the Commission’s role in advising government on the role infrastructure can play in boosting local economies and improving quality of life right across the UK.

“We look forward to continuing to work with local leaders as the Commission starts work on our next major assessment of the country’s infrastructure needs for the future, to be published in 2023.”