Digital agency, Adigi, has been called in by one of the best-known names in hotel redesigns to create a new website for a London group of public houses and hotels.

Its latest work for Cubitt House – which owns six award-winning gastropubs in some of the capital’s most prestigious boroughs – is the digital expert’s third outing with Georgie Pearman, the founder of Country Creatures collection of hotels.

Adigi’s work had previously caught Pearman’s eye, and when she and her husband, Sam, purchased The Talbot, in Malton, North Yorkshire, she asked them to redesign the hotel’s website.

Impressed by the agency’s work, she brought it in to design and build a new website upon founding the restaurant and hotel group, Country Creatures, that includes three sites across The Cotswolds.

Now, having been commissioned by Cubitt House to project manage a physical and digital makeover, Pearman has again called on the Adigi team.

It has just completed a redesign of Sandburn Hall hotel’s website. This follows a major £6.5m investment in the four-star venue between York and Malton. Another recent client is the 27-bedroom Lime Tree Hotel, in London’s Belgravia.

Dan Martin, Adigi managing director, said: “We are delighted to be working with Georgie for the third time. This current project for Cubitt House is really exciting, and having been to one of their sites a few years ago, I know just how special they are.

“Thanks to our work with Georgie and other hoteliers, we are now carving a niche for ourselves in the hotel and hospitality sector.

“This has also been significantly helped by Emma Thornton joining the Adigi team last year, who brought with her a wealth of  experience of working in the hospitality sector.” 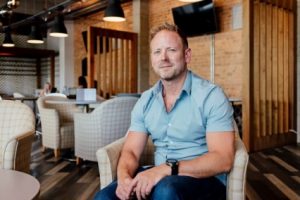 Leeds digital agency Ascensor is celebrating the growth of its Digital Apprenticeship scheme.

Managing director Andrew Firth said apprenticeships are a key component of the agency’s successful performance, and six members of its 36-strong team are either apprentices, or qualified undergoing an additional apprentice qualification.

Ascensor was an early adopter of digital marketing apprentices and recruited its first apprentice in 2012.

Firth said: “Clients come to us to help them build quality websites and bespoke software. They need to know that we have strong capabilities.

“There is a range of specialist roles within our business, including marketing, technical development, QA testing and project management.

“Our apprentices have access to skills development in each of these areas, equipping them for the current digital market, and the organisation of the future.”

The agency works with established Leeds-based training providers to support skills development for its apprentices.

Firth added: “For us there are many benefits of a well-managed apprenticeship scheme.

“We can adapt our training to meet the needs of our business;  they are very motivated to develop new skills, and we can quickly expand and upskill our team.” 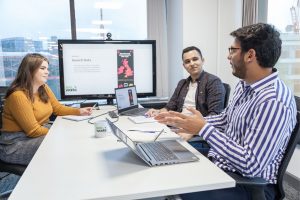 Digital marketing agency, The SEO Works, has launched Digital PR as a standalone service for the first time, due to surging demand.

The Sheffield-based agency has provided Digital PR as part of its SEO service for many years – building links via considered PR outreach techniques for many of its leading brands.

Recently demand has risen dramatically, leading to the agency taking steps to build out a standalone service. This meant developing the team, putting internal structures in place, and finessing the SEO-centric provision.

Alex Hill, sales director, said: “This is the first time we’ve deemed it necessary to create a service that our clients can choose to engage with in isolation.

“The development of our Digital PR service is something that we wanted to ensure still had SEO principles at its core.

“Our reputation in the industry is something we’re extremely proud of, and we wanted this new launch to match that from the get-go.”

“As Google develops greater sophistication, for most brands Digital PR has become the best and most scalable way to build quality links. That’s why we’ve seen such a surge in interest.” 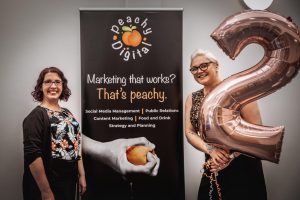 Northallerton-based marketing agency, Peachy Digital, has celebrated its second birthday at its base in the Evolution Business Centre.

Born out of redundancy, Lizzie Selby set up Peachy Digital single-handedly in two days, at the start of the pandemic, and has grown the business to its current three-strong team, achieving a 44% increase in turnover in its second year.

From a solitary client, the agency has built up its client base to a roster which includes UK number one pork pie brand Vale of Mowbray, national supplier of hose, hydraulics and PPE Caswells Group, managed service provider razorblue, and indie brewery Salt Steel Brewing Co.

Selby said: “I wanted to do things differently, to shake up the standard agency model and create something flexible and adjustable – something that would suit modern businesses and the bizarre times we’ve been living in.

“It’s a very exciting time for us, we’ve got some great projects in the pipeline and will be adding to our headcount in the next 12 months.

“There are some eagerly anticipated collaborations which will be announced in the near future and there are new services which will be joining our portfolio, too – enabling us to offer even greater value to our customers.”

She added the company is proud to give back to its local community, sponsoring two local football teams with a third agreement due to begin later this year.

The agency’s nominated charity this year is Darlington Veterans Community.

Agency roundup: Rise at Seven; The Marketing Optimist; We are Circle;...

Agency round up: Hatch; Umpf and more