Rothschild & Co’s Stephen Griffiths was named Rainmaker of the Year as Yorkshire’s corporate finance finest were recognised at a packed awards evening.

Griffiths said: “The deal flow last year has been phenomenal but doing the Morrisons and Turner and Townsend deals, which combined are worth c.£12bn, out of Yorkshire and showing Yorkshire as an absolute centre of excellence is a testament to my team and the wider community that is Yorkshire.” 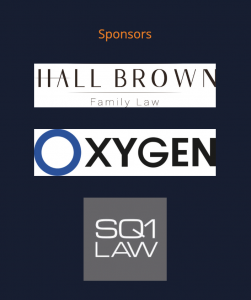 The awards, sponsored by Hall Brown, Square One Law, and Oxygen, were judged on a “one firm, one vote” basis following a shortlisting process in May The winners were revealed at a special summer party hosted by comedian Jo Caulfield at Aspire in Leeds.

Ben Ormsby, Yorkshire editor at TheBusinessDesk.com said: “It was a fantastic evening to celebrate the success the sector has experienced over what has been strong year for deals against a tumultuous economic backdrop.

“Congratulations to all the shortlisted and obviously our winners, we look forward to bringing this summer party back in 2023 and being able to once again celebrate the fantastic work being done from this region by our corporate finance community. ”

The event also saw the community raising money for The Teenage Cancer Trust, with donations collected both physically and digitally during the evening to support the charity’s work to improve the cancer experience of young people aged 13–24.

The celebrations continued with an after party hosted by The Alchemist on Greek Street.