Yorkshire pork pie brand, Vale of Mowbray, has secured listings in railway stations and airports across the country with WH Smith Travel.

Listed in 192 stores and backed with a digital screen campaign in Heathrow and Birmingham airports, the move means the company’s pie and scotch egg offering is now available to peckish travellers.

Managing director, Mark Gatenby, said: “This launch is the latest in a number of exciting listings and we’re thrilled to see a Yorkshire product on shelves across the country, ready to be enjoyed by both domestic and international travellers. 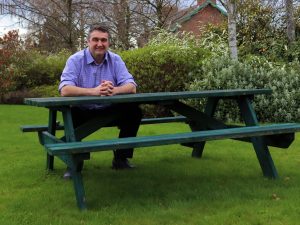 “Launching scotch eggs led to 30 new roles being created at our production site, as well as being the impetus behind growing our sales and business development team, so it’s great to see the team’s hard work coming to fruition.”

Vale of Mowbray was originally established in 1795 and now bakes over 1.5 million pies each week from its base at Leeming Bar, in North Yorkshire, where it currently employs over 200 people.