Architects practice The Harris Partnership (THP) has appointed James Richmond and Gary Humphreys as joint managing directors, following a management buyout by the board of directors.

THP has grown significantly as a result of long-standing client relationships across the UK. Its new appointments will see Richmond based at its head office in Wakefield to oversee the northern developments, with Humphreys leading the southern expansion from the Milton Keynes office.

The MBO will also see Michael Schorah step down as MD – a post he has held since 2007 – and continue his role within the practice as non-executive director. Paul Mitchell will continue as chairman. 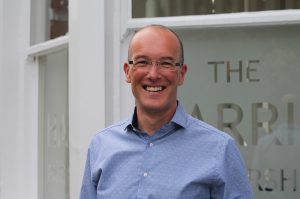 Richmond joined THP in 1995, becoming a director in 2011. He was made group director two years later.

He said: “Since joining THP I have seen the practice go from strength to strength, now operating from five offices – Wakefield, Manchester, Reading, Milton Keynes and London.

“These have provided the perfect locations for us to build on our long-term relationships with our clients such as, Aldi, British land, Haworth Group together with new relationships with the Associated British Ports (ABP), Frasers Property (UK) Ltd, Premcor Estates Limited and Patrizia Real Estate Development.

“I’m proud to be leading the business into this next chapter of growth in an exciting marketplace with our experienced team on board.”

Humphreys joined the THP in 1996 and became a director in 1999. In 2007, the company re-structured and he became one of the founding THP Group board members alongside Mitchell and Schorah.

Humphreys said: “I have worked closely with chairman Paul Mitchell and Michael Schorah over the last 25 years and am pleased that we will be continuing to work together for the foreseeable future to continue the growth and strength of the company.

“I am also pleased we have been able to allow Michael to realise the value of what he has been very part of for over 30 years, as well as securing an independent future for The Harris Group.”

THP employs over 140 staff across five offices with a portfolio of mixed-use retail parks and residential schemes throughout the country, along with managing the largest portfolio of ALDI projects in the North and South-East.