The team has completed the acquisition of Birkenhead-based TAC Accountants – a property and construction specialist with 167 clients – for an undisclosed sum.

Currently turning over £250,000 per annum, TAC will retain all of its team, including founder Ben Thexton, who is now a director of the new-look firm. 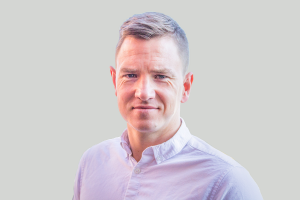 With an already high propensity of construction and landlord customers, plus a strong relationship with the construction industry, Northern Accountants will leverage the acquisition as a springboard for further expansion in Merseyside.

Northern Accountant’s founder and managing director, Phil Ellerby, said: “We don’t currently have any clients in Liverpool, but as a business we have a personal affinity to the area, and we perform well in TAC’s key sectors.

“So, when Ben started talking to us about the sale of his company – as part of his three-year plan – conversations quickly gathered pace.

“He now has the brand and infrastructure around him – supported by our HQ team in Leeds – to grow the business in Liverpool.

“As a practice, Northern Accountants is renowned for the level of service delivered to clients – in fact, we’ve won multiple national awards for the transformational change we’ve implemented – and with Ben’s help, we want to become a leading name in this city too.”

Northern Accountant’s expansion is continuing in Hull, with the appointment of new director Ricky Field. He joins from cbaSadofskys Chartered Accountants, where he has worked for 23 years and became a partner in 2009.

He will work with two existing Hull-based Northern Accountants colleagues, as they take new office space at The Beverley Enterprise Centre.

Back in Leeds, Northern Accountants has doubled its footprint with the purchase of a second office space on Howley Park Business Village.

The firm now has an extra 1,600 sq ft of space, much-needed following the appointment of six new HQ hires in the last two months

HSBC to axe branches across Yorkshire in national closure programme