Doncaster Sheffield Airport (DSA) will close down after its owner, Peel Group, said “no tangible proposals” had been received for its future ownership.

The business has blamed a “fundamental lack of financial viability” despite South Yorkshire’s political leaders offering public money on Friday to keep DSA operating into 2023.

There has been a vocal campaign to try and save DSA, with leaders arguing it is a vital player in the region’s economy.

South Yorkshire’s Mayor, Oliver Coppard, said: “I’m devastated by today’s announcement by Peel and angry about the impact it will have on our communities.

“Most importantly, there are hundreds of people across Doncaster and South Yorkshire who will now be frightened for their future.”

Peel Group said services at the airport, which employs about 800 staff, would begin to wind down from 31 October.

Robert Hough, chairman of Peel Airports, said he understood news of the closure would come as “a great disappointment to many.”

But he said: “The intractable problem remains the fundamental and insufficient lack of current or prospective revenue streams, together with the airport’s high operating costs.”

Hough paid tribute to the airport’s workers, who he said had always been DSA’s “greatest asset”.

He added: “We will do everything we can to minimise the impact of these proposals and work closely with local authorities and agencies to support our employees through what we know will be an extremely difficult period.”

Steven Underwood, chief executive at Peel Group, said: “We recognise we are living in uncertain times, and we understand our announcement will be difficult to hear for the Doncaster and wider South Yorkshire communities in which we have worked and invested for over two decades.

“We will not accept any public sector grant to cover the costs of an airport that is not viable due to its lack of adequate forward revenues and high operating costs.

“Accepting funds from SYMCA (South Yorkshire Mayoral Combined Authority) may postpone the inevitable for another 13 months, but it will divert funds away from services on which communities throughout South Yorkshire rely.” 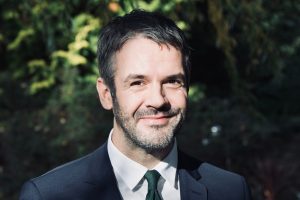 Coppard responded: “Since the announcement by Peel that they were entering into a review of DSA, we have done everything we could to constructively and proactively find a path forward.

“We have identified market interest, brought potential investors to the table, and last week we offered them a deal to project the jobs and livelihoods of DSA staff, and to give Peel the time and space to negotiate with new investors.

“The fact that they chose to turn our offer down simply confirms what many of us suspected: that Peel was never serious about finding an alternative and safeguarding the future of DSA.

“It is still not too late for them to do the right thing; for them to reconsider their decision for the sake of those employees, businesses and communities directly impacted by this appalling decision.

“The only people who can now intervene to keep DSA operational are national Government. Liz Truss said she would protect the airport. Now is the moment to turn those words into action. We stand ready to work with the Government.”