Leeds-headquartered Arc Inspirations, operator of premium bar brands Banyan, BOX and Manahatta, has posted record figures in what it describes as a “transformational year.”

It has also unveiled plans to open another five sites in the next six months, creating 500 more jobs.

Financial highlights for the business in the 12 months to 31 March 2022 include record group sales and profits, of £38.9m and £7.5m (adjusted EBITDA). And the group reports an “exceptionally strong” recovery from Covid disruption.

Co-founder and CEO, Martin Wolstencroft, said: “This was an exceptional and transformational year for our company. 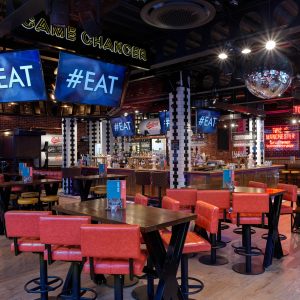 “We started it with significant restrictions still in place during the first quarter, and we ended it by posting record sales and profits, concluding a new growth partnership with BGF, and being awarded two industry ‘Oscars’ – for best company and best operations team.

“This is a testament to our team and culture. We are now able to contemplate a year without any trading restrictions for the first time since 2019.

“While clearly challenges remain, the business is extremely well-positioned with a clear growth plan, an exceptional pipeline of new sites, strong customer brands and two new strategic partnerships, which when combined will enable the business to capitalise on market opportunities over the next five years.”

Arc Inspirations adds its strong momentum has continued into the new financial period (FY23), with like-for-like sales in quarter one up 19% compared with the same period prior to Covid (April-June, 2019).

Two key partnerships were signed during the year. These included a new banking agreement with HSBC, including a separate £5m facility for capital investment (CAPEX).

In March of this year, the group agreed a deal with BGF, which saw £19m injected into the business in return for a minority stake.

During the year, the business opened two new flagship venues; a Manahatta, in Temple Street, Birmingham – its first site in the Midlands – and a BOX in Deansgate, Manchester. These sites are now among the group’s highest revenue-generating venues.

Arc Inspirations says it has identified five more prime sites, which are expected to open in the current year.

As a result, it will open three Manahatta cocktail bars, in Newcastle, Nottingham and Sheffield and two new BOX premium sports bars in Nottingham and Birmingham.

The group’s report notes: “We continue to seek more site-growth opportunities in key cities across the country, with our plan to double the size of the business in the next three-to-five years.

“By any measure, the business is in a very strong position. This is particularly important given the current environment and the headwinds now confronting the hospitality industry, and much of the economy.

“The cost-of-living crisis has clearly impacted consumer confidence, with the latest Bank of England report forecasting recession, and this will impact disposable income.

“It has also hit the cost of doing business, with the industry facing into extremely high levels of inflation, across the cost of goods, energy pricing and labour.”

Child’s play as location is chosen for centre expansion