Fahy has spent 23 years working in employment in Leeds, including with Ford & Warren, Watson Burton and 3volution.

Jon Hales, partner and head of employment at WBD, said: “His specialisms align perfectly with WBD’s sector offering and his experience brings a significant amount of complementary expertise to our Leeds team.

“His appointment demonstrates our commitment to support our regional and national clients with the highest calibre lawyers.”

WBD’s employment practice retained all of its five Tier one rankings for employment, pensions and health and safety work in the Legal 500 published last month.

Fahy added: “WBD’s employment team has a strong corporate and commercial offering and an impressive client portfolio, making it a very attractive firm to work with.” 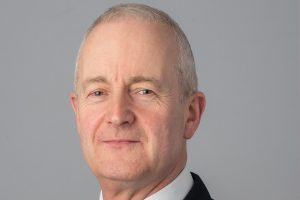 The senior independent director at stock market-listed security systems company Synectics is to step down from the board next month.

Michael Butler will depart at the end of the current financial year after six years as a director.

He is also chairman of the Board’s remuneration committee and will be replaced in that role by independent non-executive director Andrew Lockwood.

Synectics chairman David Coghlan will also be departing soon. He announced plans to retire in June and the company has said his successor is expected to be announced shortly. 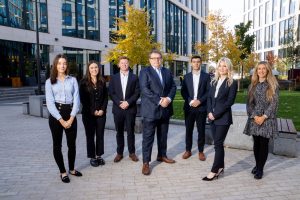 Clarion now boasts of one of the largest dedicated construction practices in Yorkshire.

Brandon Pizarro has joined the team as an associate having qualified last year in Gibraltar before relocating back to the UK.

Alice Webster has become a paralegal within the construction practice having completed a post graduate diploma from University of Law, Leeds, and Lauren Gannon has joined as a junior paralegal.

He said: “Having joined Clarion in 2017 as its first dedicated construction lawyer, we have grown into an extremely busy practice. In particular, post-Grenfell, we have seen a marked increase in demand for our expertise around fire protection as organisations seek to enforce more rigorous safety measures.”

People: PFF Packaging; The Engine Room; Institute of Directors; and...