Harrogate-headquartered equipment rental specialist, VP, has reported sustained demand for its services and rises in both profits and revenues in its interim results for the six months ended 30 September 2022.

Jeremy Pilkington, VP chairman, said: “I am pleased to report a solid set of results that reflect a period of continuing recovery and which demonstrate the enduring strength of our business.

“The period under review has seen continued inflationary pressure on fleet capital costs, transport, fuel, wages, utilities and interest costs, but we have largely mitigated these with agreed price increases combined with a diligent focus on efficiencies within our business.”

Neil Stothard, chief executive, said VP has effectively navigated through a difficult period for the economy, protected by the diverse nature of its operations. 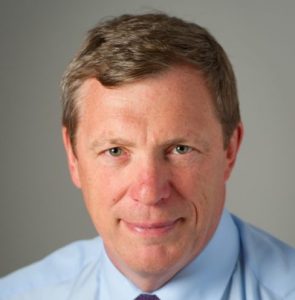 “Our main markets are infrastructure, construction and residential house building,” he said. “Infrastructure has been good for us, particularly in Water and Transmission, though in the rail industry we’ve experienced some disruption due to industrial action.

“General construction is still pretty flat, though civil engineering has been busier in the last six months.

“Inflation has been the biggest challenge and we’ve had to look very carefully at our cost structure to make the business as efficient as possible.

“We have had to pass some of the inflationary pain onto our customers, though it hasn’t been a case of ‘take it or leave it’ and we’ve worked with customers to agree these changes.

“For the next six months we’re assuming for the most part that our markets will be relatively flat, rather than getting worse, and if we get that stability it will be easier for us to plan around.”

The business has also today revealed Board changes. Allison Bainbridge, group finance director, will retire and step down from the Board on 31 December 2022. She will be succeeded by Anna Bielby who will join the VP Board as chief financial officer on 1 January 2023.

Bainbridge will remain in the business to support with the transition until 31 January 2023.

Bielby qualified as a chartered accountant with PwC where she was a director in its Audit and Consulting teams. Her other roles include CFO of KCOM Group PLC and most recently interim CFO at Lookers plc.

Stephen Rogers, who has been a non-executive since October 2008, will be retiring from the Board on 31 December 2022.

Bottomley is the chief financial officer at Cranswick plc where he has been a main Board member since 2009. 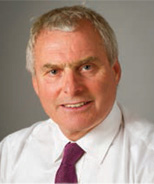 Pilkington said: “Allison has been group finance director and a highly valued member of our Board since March 2011.

“I would like to thank her for her very considerable contribution over these 11 years during what has been a
period of material and successful growth for the Group.

“Steve has been an exceptional support to the Board throughout his long tenure. We will always be grateful for his pragmatic approach to all Board matters and particularly in his role as chair of the Audit Committee.

“I am also delighted to be welcoming Anna, Stuart and Mark to the Vp Board and look forward to enjoying the benefit of their experience in helping the Board to guide the future growth and prosperity of the Group.”