How to identify opportunities for disruption – a tactical guide

Human’s have been technologists since the dawn of time, when they first created tools from stone and wood, and technology has since then also been a catalyst for disruption. But it is not the answer in itself. 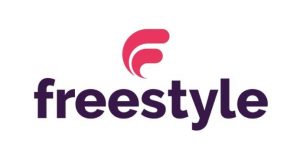 During the Disruptors Midlands session entitled ‘How to identify opportunities for disruption – a tactical guide’, sponsored by Freestyle the expert panel explained that the road to true disruption comes from changing an organisation’s approach.

Ritchie Brett, strategy director at Freestyle noted that the best way to become disruptive in any industry is to ask two questions; the first is to identify problems and challenges, the second is to ask what does the business want to achieve or need to deliver and what does the customer in its broadest sense need.

Brett explained that the acceleration of technology has changed the way disruption has happened and created an opportunity for challenger companies and “given rise to a new competitor set”. 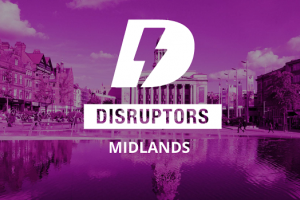 He noted that “it’s never been easier to compete with incumbent businesses” because those incumbent’s rarely have the ability to adopt new technologies at the same pace as those newer organisations.

Referencing an earlier session Brett quoted Ed Greig, the chief disruptor at Deloitte Digital saying that “in order to disrupt we need to fall in love with problems not solutions.”

In practical terms Steve Waller head of marketing at The Ticket Factory gave an example of how the problem first approach had fuelled its innovation as a result of both technological acceleration and wider world factors.

Waller noted that the business had traditionally faced a challenge of only knowing a percentage of the people within its arenas as a result of bookings perhaps being made by one member of the group before “dishing out the tickets like they’re playing cards”.

He added however that as a result of the pandemic and a move to a more contactless environment, alongside the mass adoption of e-ticketing, the business was focusing on digital ticketing.

The development would see the The Ticket Factory not only gather further data about all the attendees at its venues but create opportunities to – in line with GDPR rules – market to those people.

Waller gave the example: “For instance as soon as someone scans into the venue, we can send them a notification saying ‘Have you thought about going to the bar for a drink?’.”

The theme of data being at the heart of innovation continued with David Campbell, director at SureScreen Diagnostics. The company manufacturers rapid test devices for health and drug screening including most recently Covid-19 lateral flow rapid tests, and he explained how as knowledge in home testing has grown its created opportunities in other areas.

He noted that the whole process of Covid and home testing has opened a window into home diagnostics in a way that traditionally had barriers, which means the business can focus more on “home and self testing” rather than the “professional market” which it had done in the past.

He and Ritchie added that the really interesting layer that sits on top of the move to home testing is that consumers have never had access to more information about our health but as Ritchie said “don’t know how to interpret that or what to do with it”.

Campbell noted that for SureScreen they’ve been working with its sister company Nutrivitality which makes liquid vitamin supplements to offer a gut test that then allows the company to create pre and probiotics that are tailored to an individual’s microbiome health.

He added that the focus for them is on “consumers getting more out of their health at home before going to the doctors or hospital”.

Ritchie added that the idea of actually, doing a test and then get personalised supplement recommendations off the back of it “is really exciting” adding that he doesn’t necessarily want to know the detail about why and how it’s working but just wants the solution.

He noted that this is a prime example of bridging the gap between identifying a problem and then giving a user something to fix it conveniently.

To watch the full session and find out more about how to take your business on a journey of innovation and disruption watch the video below.

M1 closed for most of the day near Nottingham