The managing director of troubled budget retailer Wilko is set to leave the company next year, it has emerged.

Alison Hands will become CEO of Lincolnshire Co-op in April after spending four years with the Nottinghamshire-headquartered high street giant.

Hands initially joined Wilko in 2018 as commercial execution director before being made trading director in 2020. She became managing director of the firm in September last year.

She will replace Ursula Lidbetter in the hot seat at Lincolnshire Co-op.

The news follows reports that Wilko is in talks over a £30m emergency loan to help it through the Christmas trading period. The Nottinghamshire-headquartered retailer is understood to have approached alternative lenders after failing to secure an extension to its revolving credit facility.

London-based debt capital provider Bantry Bay has since emerged as a potential funder, according to the trade publication Retail Gazette.

Jerome Saint-Marc, Wilko CEO, has described the company’s relationship with its current lenders as “solid.”

Hands, who previously worked for M&S, Boots and The Body Shop, is expected to leave Wilko in January.

She said: “I’m honoured to be joining this values-driven organisation, which continues to build on its success, whilst delivering its purpose to make life better in communities.

“I’m excited to be charged with leading the society through the next phase of its development, as we collectively tackle the challenges of the current external environment.” 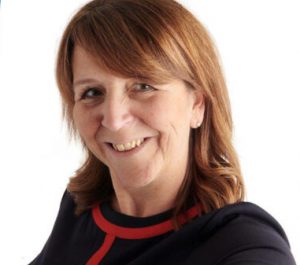 Lincolnshire Co-op chair David Cowell said: “We welcome Alison to the society with the knowledge she will continue this good work and help us move forward. She brings a wealth of experience and insight, as well as a deep understanding of bricks and mortar retail and what that means to customers. She’s also passionate about our purpose and values.

“I’d like to thank Ursula, my fellow Board of Directors, the Senior Leadership Team and our colleagues for supporting this process.”

A few weeks ago, Wilko was reported to be considering a range of cost-cutting options on the back of “soaring inflation and shipment delays.”

Boss bullish despite profits going into reverse at Motorpoint