Growth continues with increasing pace for law firm Brabners with the appointment of two new partners, Stephen Hadlow and Piers Dryden, to its corporate team based in the firm’s Manchester office.

As well as further strengthening Brabners’ leading corporate practice, the appointments add to the firm’s already significant expertise in the tech sector.

Stephen has more than 20 years’ experience in the North West advising UK corporates and high-growth tech firms on strategic transactions and mergers and acquisitions. He also advises on corporate disposals to employee ownership trusts, a growing trend in exit strategies for business owners. He joins from Knights, having previously held partner roles at Turner Parkinson and JMW.

Piers’ appointment marks the establishment of a new FinTech regulatory practice at Brabners covering a broad range of FinTech sub-sectors.

Having worked at firms including Slaughter & May, Debevoise & Plimpton and Ogier, Piers advises on a broad range of FinTech matters, including blockchain and distributed ledger technology (DLT) utilisation, digital asset issuances, alternative payments services, and smart and automated contract implementation for businesses. He also has extensive experience of corporate advisory matters as well as investment fund formation and maintenance.

Nik White, managing partner, said: “Growing the practice based in our Manchester office is one of our key strategic objectives, which has seen us increase the size of our partnership in the city by more than 60% since the start of the last financial year.

“Growth in Manchester’s FinTech sector, in particular, continues to outpace all other parts of the UK, so it’s imperative that we build on our offering to further support those high-growth businesses operating out of the city region, as well as further afield.

“Piers’ experience, in particular, opens up whole new practice areas for us in what we believe will be a truly unique offering in the North West and with national reach.”

The appointments come after Brabners ranked top in the Legal 500 table of North West law firms, secured three rankings in the Times’ Best Law Firms 2020, and announced another year of sustainable profit and revenue growth.

The firm, which has offices in Liverpool, Manchester and Preston, generated turnover of £33.6m in the year to the end of April 2019, up from £33.1m the previous year, and invested more than £1.8m to boost growth as part of its three-year change programme.

NMS Recruit has announced the appointment of Lisa Carew as its new operations director.

Lisa joined the Wirral company as operations manager two-and-a-half-years ago and since then has been responsible for continuous growth in all NMS’s core operational areas, supplying permanent and temporary labour for the commercial, sales, telecoms and energy sectors.

Rob Kurton, managing director at Russell Taylor Group, parent company of NMS Recruit, said: “Lisa’s appointment as operations director is a well-deserved promotion. Since taking over at NMS in 2017, she has built an excellent team and turned around the fortunes of the business.

“She has led from the front from day one and, as such, has gained the respect of everyone who has worked with her. NMS has had an another excellent year and the future is very exciting indeed as we look to grow the company even further in 2020.” 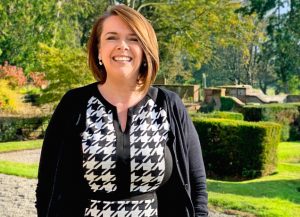 Lisa, based at the company’s headquarters at Burton Manor, Wirral, joined NMS with an impeccable reputation in the North West recruitment industry. She started her career 25 years ago and went on to run her own business before heading up the NMS operation.

She said: “I am absolutely delighted to have been appointed to this new role. It’s been a fantastic journey over the past two-and-a-half-years and I am very lucky to have found an amazing team that works so hard to support me in the growth of NMS.

“I am proud of what we have achieved in terms of providing quality recruitment services and building great relationships with businesses both locally and nationally. We have plans to grow again next year and increase the NMS team further by another two or three consultants – so there are exciting times ahead.”

As a subsidiary of Russell Taylor Group, NMS Recruit is part of Russell Taylor Holdings which this year became the fastest-growing privately-owned recruitment business in the UK, as well as being named as one of London Stock Exchange Group’s 1,000 Companies to Inspire Britain.

Alistair Igo joins FW Capital’s Preston office from NatWest Bank where he worked for 31 years, 21 of which were spent in commercial lending and relationship management, working with SMEs across a wide range of sectors. He will manage FW Capital’s portfolio of customers in Lancashire and Cumbria.

Siobhan Jones also joins the team and is based in FW Capital’s Liverpool office where she will support customers across Merseyside and Cheshire. Siobhan spent 18 years at Lloyds Banking Group in a variety of customer-facing roles, most recently managing commercial banking customers between £3m and £10m in the North of England.

FW Capital’s team covering North West and Cumbria has grown from nine to 15 staff since the launch of NPIF in 2017. 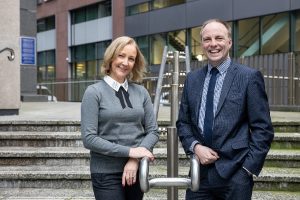 Gary Guest, FW Capital’s fund director in the North West & Cumbria, said: “Over the last two-and-a-half years we have seen a surge in the number of businesses we’ve supported with loans from NPIF.

“But the loans are just the beginning for our customers. Looking after these customers with personal, local relationships is what makes us different. It’s key to how we add value post-investment and is often cited as a reason for coming back to us for further funding.”

He added: “Alistair and Siobhan bring with them vast knowledge and expertise which our customers can tap into. We are delighted that they have joined our growing team here in the North West.”

Alistair Igo said: “NPIF has had such a positive impact on businesses in Lancashire and Cumbria. I’m really pleased to be part of a team which is helping to deliver such a necessary source of support.”

Siobhan Jones added: “FW Capital is a leading light in business investment across Merseyside and Cheshire and I’m looking forward to working with its diverse customer base of businesses across a variety of sectors.”

In just two-and-a-half years FW Capital has invested £50m from NPIF into 170 businesses across the North and created more than 600 jobs to date.

Mathew joins from Bailey and French where he facilitated face-to-face and virtual workshops with leaders across a wide range of sectors.

He has extensive experience in the creation of strategic management development programmes, enabling leaders to improve performance and wellbeing in the workplace. He has a particular focus on blended learning and digital delivery, having developed significant expertise in coaching, assessment and learning design.

Mathew has worked with a number of high-profile businesses including Toyota, where he managed the Toyota Academy’s learning recognition programme.

He was part of a team that successfully piloted and implemented a new range of Toyota Way management and leadership programmes across the UK.

He joins Cirrus during an exciting period of growth as the business continues to drive transformation across organisations. 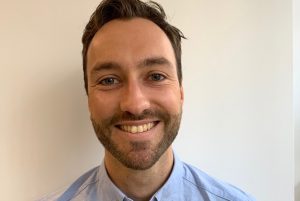 “His experience in digital and virtual leadership is highly relevant to Cirrus and our clients as we develop more blended learning solutions that meet the needs of international organisations.

“He is client-focused, driven and innovative and we look forward to him playing a key role in the continued success of Cirrus.”

Mathew said: “I was attracted to Cirrus because they embrace innovation and agility, which is demonstrated by their thought leadership and approach to creating truly blended learning programmes.

“It is also an award-winning consultancy which shows that their solutions are really making a positive difference. The team here is very diverse and talented and the work we do with clients is having a big impact. I look forward to making a real difference.”

Mathew’s appointment is the latest in a number of key appointments, bringing Cirrus to a 61-strong international workforce, servicing blue-chip clients such as GSK, RB and Standard Chartered.

Emery Planning has expanded its professional team with the appointment of Aaron Marrs as consultant, and the promotion of Jill Paton as assistant consultant.

Aaron Marrs joins from Strutt & Parker in Chester and Shrewsbury where he was the sole planning consultant advising on a diverse portfolio of residential and commercial projects across the Northern region.

“I’d heard positive reports of Emery Planning at industry networking events and via peers working in the planning profession and had always thought they sounded like a consultancy I’d like to work for,” said Aaron.

““When I felt ready to advance my career in a new role, I was delighted to learn that they were looking to expand their team. It’s fantastic to be on board.”

Jill Paton joined in 2015 as part of the professional support team after finishing a Philosophy degree at the University of Nottingham. With the sponsorship of Emery Planning, Jill has completed an MSc in Planning at Manchester University in just 12 months. 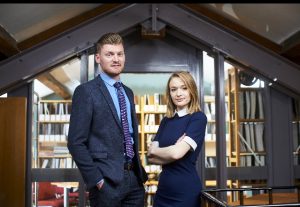 She said: “When I joined Emery Planning after graduation I didn’t know what career path to take. Initially, the position was only temporary, but I quickly realised that planning was my ideal vocation.

“The whole team has been incredibly supportive. I have been lucky to learn the ins and outs of planning from the very best in the business, which was invaluable when I came to study for my professional qualification. I already feel like part of the ‘Emery family’ so am thrilled to have the opportunity to progress my career at Emery Planning for the many years to come.”

Macclesfield-based Emery Planning is an independent town planning consultancy working with clients and councils across the UK.

The team expansion follows a sustained period of success and growth.