In a report released today (May 1), the North West Hydrogen Alliance (NWHA) has called on the Government to take urgent action to support the roll-out of hydrogen vehicles once coronavirus restrictions are lifted.

It says this can capitalise on the ‘green gains’ many areas have experienced during lockdown.

Coronavirus lockdown has seen many areas in the UK and worldwide see up to an 80% drop in traffic and pollution levels, and according to the NWHA the country now has a chance to push forward with a new green agenda once the restrictions are lifted, and achieve longer term environmental benefits.

The Government’s coronavirus response has demonstrated it is prepared to make a significant financial investment when faced with a crisis, and with climate change likely to be back to the top of the agenda once the pandemic is over, the NWHA is calling on government to invest in hydrogen to power up the economy as part of the country’s recovery plan.

‘A Hydrogen Mobility Roadmap’ sets out some clear, “quick and easy” steps that are needed to underpin investment and industry take up of hydrogen in the transport sector, which the NWHA argues is essential if the UK wishes to sustain the improvement of its air quality as seen over the past few weeks.

As well as improving local air quality on roads and railways, with water as the only emission, wider roll-out of hydrogen will be essential to meeting UK net zero carbon targets.

The roadmap could avoid the emission of 0.3 million tonnes of CO2 per year from the transport sector by 2030 in the North West alone.

During normal levels of activity, the transport sector is the biggest contributor to climate change in the UK and the report sets out the need for both electric and hydrogen vehicles in meeting net zero emissions targets.

It states that while the roll out of electric cars is significantly ahead of hydrogen cars, there are other forms of transport to which hydrogen is potentially better suited.

Prof Joseph Howe, chair of the NWHA and executive director of the Thornton Energy Institute at the University of Chester, said: “Over the past month we have seen that a rapid change in government and individual behaviour is possible, resulting in a significant decrease in our impact on the environment as we slow activity in certain areas. 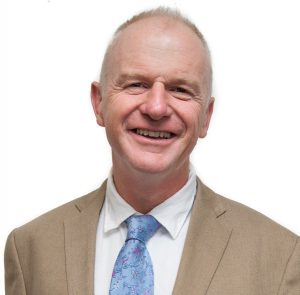 “We all want life to return to normal as quickly as possible, however, there are some valuable lessons which have been learnt during lockdown, and we believe supporting hydrogen fuel is one way of ensuring those lessons are not left behind.

“It isn’t a case of electric versus hydrogen vehicles. Electric cars are likely to dominate, until we have a network of hydrogen refuelling stations, but there are other forms of transport where hydrogen is the better option.

“With longer running distances and faster refuelling, hydrogen is perfect for HGVs and trains. Hydrogen could also fuel buses to help improve air quality in our cities and around our ports when used in the haulage and marine sectors.

“We’re also close to seeing the first hydrogen trains in the UK.”

Just last week, Toyota announced it was teaming up with its truck and bus-focused subsidiary, Hino Motors, to jointly develop a heavy-duty fuel cell truck and conduct testing on the new model.

In the short-term it is also an ideal fuel for ‘back-to-base’ fleets and it was recently announced that NWHA member Storengy is working with Cheshire East Council on a £1m project which will see waste collection vehicles converted to run on locally-produced hydrogen.

BOC and Arcola are now deploying hydrogen buses in the Liverpool City Region and Alstom’s new ‘Breeze’ hydrogen train will be built at its innovation and maintenance centre in Widnes.

The report sets out a series of actions that government and industry will need to take to enable widespread deployment of hydrogen vehicles, with some quick wins which means the Government can take rapid action on climate change while supporting the economic recovery after COVID-19.

While government policy supports renewable fuels through the Renewable Transport Fuel Obligation (RTFO), this currently does not apply to all forms of low carbon hydrogen.

The report calls on government to amend the current RTFO guidance to include renewable (or ‘green’) hydrogen as a vehicle fuel.

It also calls for this support to be extended to trains and ships via planned legislative changes in 2020-21, and include a statement of intent to support low carbon ‘blue’ hydrogen which will be produced in the North West under the HyNet project from 2025.

This approach, it argues, will provide a strong driver for manufacturers and fleet operators to make the necessary investment decisions.

Adam Baddeley, from Progressive Energy, said: “Over the next year, we understand the Government will still have a lot to contend with as the country recovers from the coronavirus pandemic, but we don’t need any major legislative changes to make this happen. 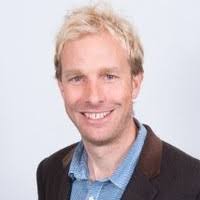 “There are some quick and easy wins for government in amending policy around green hydrogen, which can be backed with a clear statement of intent in respect of blue hydrogen.

“Doing this will send a clear message to manufacturers and fleet operators to enable them to invest in developing and then deploying hydrogen vehicles.”

According to the Committee on Climate Change, the transport sector makes up 28% of all greenhouse gas emissions, as well as impacting significantly on air quality in cities and towns.

Research by the NWHA in 2019 revealed that 69% of people believe UK households need to move away from using fossil-fuelled cars.

The use of hydrogen vehicles in place of those fuelled by petrol and diesel has the potential to significantly improve local air quality.

Hydrogen vehicles emit only water vapour and warm air and so widespread adoption would avoid emissions of harmful NOx and particulates, which can impact on human health.

Solar panels and wind turbines are the industrial chimneys of today...