Nearly £200m of investments in the Liverpool City Region’s economy that were made last year will be vital to driving its post-COVID-19 economic recovery, says Metro Mayor Steve Rotheram.

The Combined Authority will also consider the city region’s four key priority themes from economic recovery announced last week, focusing on supporting businesses to adapt and thrive, jobs and skills, places and infrastructure and identifying opportunities to Build Back Better in the post-COVID-19 city region.

Steve Rotheram said: “Before the crisis struck, the Liverpool City Region had the fastest economic growth in England at 3.5% a year and well above average productivity growth.

“Over the last 10 years our business base has also grown faster than national rates, with real strengths in retail, culture and visitor economy, health and infectious disease control, advanced manufacturing and high-performance computing.

“Looking back at last year shows that we have been continuing this progress across the city region and in our key sectors.

“With funding available to us because of devolution, we invested more than £180m last year in strategic schemes to continue to grow our economy for the benefit of all residents in our city region.

“These investments and projects now take on even greater importance as we work with our local authority leaders, the Local Enterprise Partnership, businesses, trade unions, the community and voluntary sector and national government, to assess the economic impact of coronavirus, understand the needs of our communities and develop region-wide plans for economic recovery.

“They will be a vital part of our ambitious post-COVID-19 economic recovery plan to ensure we build back better than before.”

And he also highlighted the importance of longer-term strategic projects and the essential requirement for substantial government support, adding: “The reality is that the scale of the challenge means that we need central government to step up and provide significant financial support, running into hundreds of millions of pounds.

“We also need government support to progress longer-term programmes like our potentially world-leading Mersey Tidal Power project that could provide clean, predictable power for up to one million homes, whilst creating thousands of jobs.

“The government also needs to make good on its commitment to link the Liverpool City Region to the high-speed rail network through Northern Powerhouse Rail and HS2.”

Ultrafast Digital Connectivity
The city region-wide project to install 220km of ultrafast digital infrastructure got under way in January. The project, which connects across all six city region boroughs to the Hartree supercomputer in Halton, aims to put the city region at the forefront of the digital revolution, creating and attracting new jobs, industries and businesses to the region and generating £1bn for the local economy. Following a £6.4million investment in January, work is now under way, with the first project on the A41 New Ferry Bypass in Wirral completed in February and additional schemes currently on site in Halton, Sefton and St Helens.

A 600km Cycling and Walking network – city region-wide
Work started last Autumn on the first stage of what was then a £16m project to create 600km of new and upgraded cycling and walking routes. Just last month the Metro Mayor announced that this investment was to increase to more than £30m and that the programme would be “accelerated and broadened” as more people ReThink Travel and cycle and walk.

Advanced Manufacturing
A £15m funding package for world-leading research and technology organisation the Manufacturing Technology Centre (MTC) was approved in October. Now established in the Liverpool Science Park in the Knowledge Quarter, the MTC bridges the gap between university-based research and the development of innovative manufacturing solutions, working with the automotive, aerospace, construction, defence, rail, informatics, fast-moving consumer goods and electronics sectors.

Shakespeare North Playhouse
A £10.55m investment in the Shakespeare North Playhouse in Prescot, Knowsley. This iconic project will celebrate Knowsley’s links with Elizabethan drama and Shakespeare himself, attracting visitors and students from all over the world. It will feature a 350-seat theatre, a visitor attraction, a broad-based education offer, a studio theatre for a wide range of uses and an outdoor performance garden. The project is expected to generate hundreds of jobs, boosting the city region economy by £13m a year during construction and £5.3m a year following opening.

Eureka Mersey! Children’s Museum
A £6.6m investment approved in July is supporting the creation of the Eureka! Mersey visitor attraction at Seacombe Ferry Terminal, creating a £12m world-class visitor attraction for six to 14-year-olds, with an additional area dedicated to 0-5 year olds. The attraction will include exhibits and activities designed to boost children’s development of STEAM (Science, Technology, Engineering, Arts and Maths) skills while enjoying a great family day out. The original Eureka!, based in West Yorkshire, is the UK’s only national children’s museum and has welcomed more than 7.5 million visitors since it opened in 1992. Eureka Mersey! is being developed in the existing Seacombe Ferry Terminal and former Spaceport site, linking the to the Liverpool Waterfront via the Mersey Ferries. 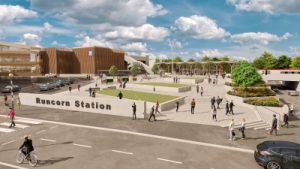 An 18.2m scheme to transform access to Runcorn Station and regenerate the vicinity of the station, the first stage of this programme will deliver a transport hub that links the station to Runcorn town centre and facilitates greater mobility, connections and promotes active, healthier transport options for residents and visitors.

Moss Nook, St Helens
Moss Nook is a large, complex brownfield site, historically used for mining and a number of industrial processes. £2m will be used to support the remediation and infrastructure work necessary for development of up to 900 homes. This is in line with the Combined Authority’s “brownfield first” policy, which means developers should look at using previously used land as a first option. More than 700 brownfield sites have been identified across the city region, with enough space for 42,000 homes.

Adult Education and Skills
The Combined Authority has been ensuring that the city region’s colleges have the buildings and equipment they need through the Skills Capital Fund, which has distributed £16m in the past year alone, including £2m for Southport College to create a ‘Construction Skills Centre’, a vibrant vocational centre, focusing on delivery of a construction skills curriculum alongside a dedicated facility to improve work-readiness skills through improved Maths and English facilities. £1.1m also enabled Sefton Council to redevelop the Cambridge Road Centre, which supports people to develop the skills they need to return to the labour market in key sectors. The Combined Authority is also now responsible for more than £53m of Adult Education Budget and has committed to financially support the city region’s learning providers during the disruption caused by the pandemic, to enable them to find innovative solutions to continuing to provide skills training.

New Trains for the Merseyrail Network 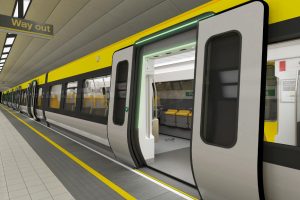 The first of the brand new, state-of-the-art – and publicly-owned – trains for the Merseyrail network arrived in the city region in January and has been undergoing testing out on the network. It has since been joined by a second unit of the 52 that will ultimately be delivered. The project is expected to give an economic boost of £70m a year to the city region’s economy.