Paul Kendrick, currently an executive director of the company and managing director of its main subsidiary, Studio Retail, will take over as CEO of the company on the retirement of current CEO, Phil Maudsley, at the end of the financial year, on March 26, 2021.

This is the outcome from a structured development and succession plan implemented by the board working with both Mr Maudsley and Mr Kendrick over the past two years. Mr Maudsley will be fully involved with the transition during the remainder of this financial year.

He was appointed to the Studio board in December 2019. During his time at Studio, Paul has played a key role in driving the business forwards and growing its online value offer.

Prior to joining Studio, Paul was marketing and ecommerce director at Bonmarche, and held various roles at N Brown Group including leading marketing, financial services, international and group development functions. Much of Paul’s early career was spent within the travel industry, at both Thomson (now Tui) Travel and The Co-operative Group.

Phil Maudsley will retire following more than 30 years of service with the company, having joined the group in 1987 as general manager of a manufacturing subsidiary.

He was appointed to the Studio board in 2004 before being appointed group chief executive in April 2017. In this time, Phil has led the group in becoming a focused, online value retailer of scale.

Ian Burke, Studio chairman, said “Phil has contributed significantly to the company’s development and achievements over 30 years including most recently in his capacity as CEO. As he approaches his retirement from Studio, I would like to thank him for that contribution, on behalf of the board, and to wish him well in whatever he chooses to do next.”

Mr Maudsley said: “I have thoroughly enjoyed my long career with this group. Seeing Studio evolve from a small Christmas catalogue operation to become a thriving online value retailer serving over two million customers gives me immense pride. I know that I leave the business in Paul’s very capable hands.”

Mr Kendrick said: ” I am truly excited to be given the opportunity to lead Studio Retail Group as we continue our transformation to a digital, value retailer. I would like to thank Phil for all his support over the last four years. We have built an amazing team which I am honoured to work with as we take the business forward.” 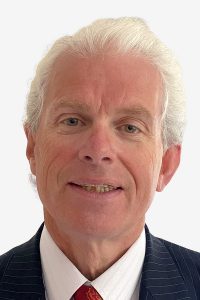 Peter was formerly chief executive of adept4, an IT managed services company that he founded, grew and sold to a listed acquirer.

Stephen Frazer, of Frazer Hall, said: “we are delighted that Peter is joining the team.

“He brings not only great tech skills, but as an entrepreneur that founded, grew, acquired and ultimately sold his company, he has been through the journey that is so familiar with our clients.”

Peter Birkett said: “Frazer Hall worked with us through our entire journey of growing, acquiring other businesses and then selling to a trade buyer.

“I look forward to working with Steve and the team, particularly in the technology space.”

Close Brothers Asset Management (CBAM) has appointed Helen Gerrard and Nick Jackson as managing directors to further support the expansion of its investment management service for high net worth clients in the North West.

Helen and Nick join from Rathbones, where they both worked providing investment management services primarily in the North West.

Helen joined Rathbones in 1987, originally as a dealer before moving to the investment side in 1994. 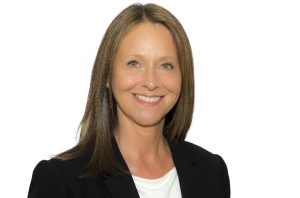 Nick has been at Rathbones since 2002, specialising in managing portfolios for private individuals, trusts, charities and personal pensions.

In their new roles Helen and Nick will support the growth of CBAM’s bespoke investment management service, working closely with CBAM’s financial planners, professional intermediaries and other private client advisers in the region.

The news follows a string of recent senior hires, both in investment management and business development. 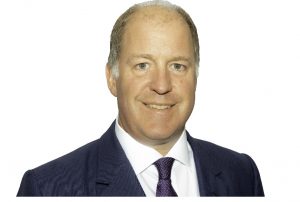 The growth of the team is a vital element of the company’s ambition to strengthen and enhance its bespoke investment management service, delivering high-quality services to high net worth clients across the UK.

“Nick and Helen are fantastic additions to our team and are part of our strategic vision to strengthen our capability for high net worth clients. Their extensive experience will enhance the proposition we’re able to offer clients in the North West.”

Ian is a highly-qualified director, bringing with him over 25 years’ first-hand experience of sales, marketing and operations in the food industry.

Operating at board level in manufacturing, wholesale and retail companies such as Premier Foods, Cambridge Commodities, Poundstretcher, Symingtons and The Tofoo Company, Mr York has a strong track record in restructuring following acquisitions and disposals and is passionately focused on customer growth and profit.

With a multi-temperature fleet of more than 70 vehicles, the company provides independent bakers and caterers with a wide range of ingredients and finished products from quality suppliers, as well as its own BAKO Select branded range. 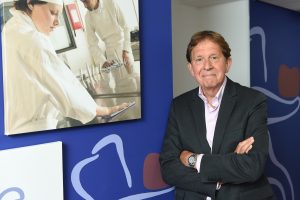 Ian York said: “This is a very exciting time to be joining BAKO North Western.

“With one of the most advanced multi-food product warehousing and distribution systems in the country, its ongoing commitment to innovation, investment, development and expansion makes it a perfect place to channel my own deeply held passions for customer growth and profit through market leading solutions.”