As it continues its pursuit of talented colleagues across multiple property disciplines, Manchester-based award-winning regeneration company Urban Splash has announced the hire of David Warburton as land director, focusing on acquisitions in the South West of England and neighbouring areas.

David has moved to the business from Homes England, having spent the past two years on secondment at the West Midlands Combined Authority.

He joins the newly-formed land team, established by director Katie Dean, to support Urban Splash’s aggressive land acquisition strategy which has seen the company take on more than 20 new sites in recent years.

An associate of RICS, David qualified as a chartered town planner via the Lovell Partnership Homes graduate programme, before helping the company deliver complex housing and regeneration schemes throughout the Midlands region.

He subsequently worked across the UK as director of development and regeneration for The Prince’s Foundation, and held roles with English Partnerships, and, ultimately Homes England.

He said: “I am thrilled to join Urban Splash at this exciting times, helping the team continue its pursuit of land and new opportunities across the country.

“The track record of the business means that we’re poised to take on diverse new sites, with green credentials and maximise the potential of our innovative products, such as the House by Urban Splash homes, all of which contribute to brilliantly designed, sustainable communities. I am truly excited at the prospect of delivering these developments.”

Urban Splash director, Nathan Cornish, said: “David brings so much expertise to our business and joins the brilliant team that Katie has curated over the past year, helping us to secure new sites in Warrington and Windermere.

“Our diverse team is rich in people with extensive knowledge, including professionals like David who can help us deliver big things in the coming years.”

David is an active supporter and member of the Urban Land Institute, and volunteers as a mentor to young leaders in real estate.

His appointment comes after an active year in recruitment for Urban Splash so far, in which the company has hired 27 new colleagues since January across a range of departments including assembling its development team in Cambridgeshire where it will soon commence work on the creation of a new neighbourhood at Inholm, Northstowe.

It also has further plans to recruit additional payroll and ERP support consultants to its managed services team, and more Oracle technical and payroll experts into field-based consulting roles.

Symatrix, which works with a host of well-known brands such as The Co-op Group, Marriott International and Aldermore Bank, estimates that, due to recent significant contract wins across multiple sectors, it has doubled its annual managed services revenues in the past three months alone.

All the managed services roles that Symatrix is currently recruiting for will be based out of its King Street offices in central Manchester. Overall, the new hires already made equate to a 16% increase in Symatrix’ head count. 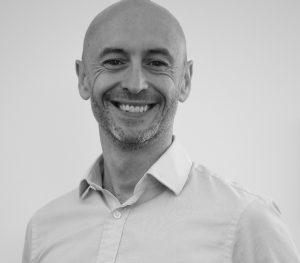 Chief executive, Chris Brooks, said: “Manchester has been our managed service base for 12 years and two years ago I moved the head office here, too.

“We love working here. It is a great source of talent and expertise in Oracle HR, ERP and technology generally.

“The offices here continue to expand. We are delighted to welcome 11 more people on board and we are really keen to hear from people who feel they have the skills and experience to join our growing team.”

Anne has been part of the HLF Berry team for 20 years as the firm’s accounts manager and, latterly, compliance officer for finance and administration, but now takes on the firm’s first practice management role, freeing up senior fee-earners to focus on client work and legal issues.

Reporting to the management team in the Chorlton, Failsworth and Manchester city centre offices, Anne’s remit is to lead the administration team supporting the firm’s lawyers.

As well as managing the accounts function and ensuring administrative and financial compliance with the various rules and regulations the firm is subject to, she will now take overall responsibility for premises, risk management, suppliers, training and recruitment. 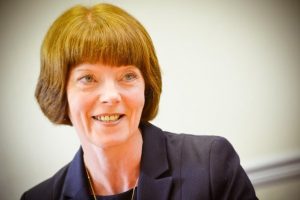 “Expansion across the business is key to providing clients with expertise in all areas of personal and commercial legal services and Anne plays a vital role within HLF Berry in that expansion.”

Anne said: “I am delighted with this promotion. It is a great personal achievement and I look forward to continuing to assist the directors with the running of HLF Berry and look forward to playing my part in the future success of the firm in my new role.

“It will be my job to make sure each department has the people it needs, the IT and systems to deliver the service, in order to achieve the growth target, taking pressure off the fee earners to allow them to get on with helping clients.”

Zeus Capital has made seven promotions following a string of high-profile transactions in the past three months.

Rachel Birkett has been promoted to director in the research team, and Anna Thomas, who leads Zeus Capital’s private client offering, has also been made a director.

Nick Cowles has been with Zeus Capital for more than 15 years, acting on numerous high-profile IPOs and public company takeovers. 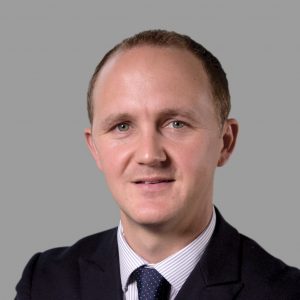 In the past few months he has worked on significant transactions such as boohoo.com’s £198m equity fundraising, as well as its £324m acquisition of the remaining stake in sister company, Pretty Little Thing.

Jordan joined Zeus Capital as corporate finance executive in 2015 from EY and has been made director following his involvement in a large number of transactions, acting for both PLCs and private businesses during his time at the firm.

Rachel Birkett joined the firm in November 2016 as a research analyst, and having worked closely alongside Boohoo, now joins other directors Bob Liao, Andy Hanson and Robin Savage in the research team.

In addition to transactions for boohoo, Zeus Capital has also led the £22.6m take private of men’s formalwear retailer Moss Bros, as well as a £78.4m share merger of City of London Investment Group (CLIG) with Karpus Management in recent months.