Manchester’s technology sector has reshaped its offer as it stays focused on its goal of becoming one of the world’s recognised tech hubs despite the impact of Covid-19.

The pandemic has disrupted businesses of all types around the world, and this shake-up has also created opportunities for the inward investment team at MIDAS.

“Covid has only increased that to show that no industry is immune to disruption,” said Hannah Tracey, head of business development for creative, digital and tech at MIDAS. 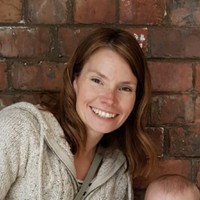 “Manchester has been able to use that in its favour because we’re seeing real growth in areas such as fintech, health tech and industry 4.0, where there’s that real cross-section between more traditional industries and technology.

“For us, as the inward investment agency, it presents lots of opportunities for digital companies to see Manchester as a future location for them.”

The city has big ambitions for the growth of its tech sector, which it hopes it can accelerate as companies take a fresh look at how they operate and where they are based.

Tracey said: “What we want is Manchester to be on that world stage as a global digital city – that people will look at Manchester as they would look at Silicon Valley, Berlin or other big tech hubs around the world.”

The Hut Group is the latest tech unicorn to go public, with its IPO this month seeing it join Boohoo, AO.com, Autotrader and Onthebeach.com.

But MIDAS had to find new ways to communicate and showcase what Manchester has to offer.

“Part of what won a lot of the investment was companies coming and visiting Manchester and feeling that buzz, experiencing the culture, the sense of collaboration, and the excitement about what’s happening in the city. Everything that you feel when you walk into Manchester.

“And that’s the bit that we suddenly couldn’t do because people weren’t able to travel.”

Meetings and events went online, and the Innovate Manchester series was created by MIDAS and GC Business Growth Hub to bring together business, academia and creative thinkers to enable them to collaborate on progressive ideas. Its next event, being held tomorrow, is focused on Our Digital Futures: Data and Ethics.

Tracey said: “What we’re trying to do is sell Manchester through using live case studies and companies that have already chosen Manchester, have already made that commitment and are growing very successful businesses in the city.”

Innovate Manchester is also about pulling together the different strengths of the tech sector and getting organisations to work together collaboratively.

“Manchester has got a healthy mix of large corporates – the likes of Google, Microsoft, IBM, Cisco – all having quite a big presence in the city,” she said. “Then there is a really solid base of innovative startups and SMEs.

“That’s where the concept of Innovate Manchester came about, looking at how we can marry the two of those up.

“What’s interesting about the technology sector – and this isn’t purely Manchester but it’s something that Manchester has been able to capitalise on – is that it is no longer a vertical industry. Technology is horizontal and it’s having a significant impact across all sectors.”

Cloud specialist to open new site at Alderley Park as part of £214m...