A plan setting out how Manchester will emerge reinvigorated from the economic shock of the COVID-19 pandemic – and other challenges such as the uncertainties of Brexit – has been published today (November 25).

Powering Recovery: Manchester’s Recovery and Investment Plan, which has been developed by Manchester City Council with the support of city business leaders, is a statement of confidence in the future of the city’s economy.

It shows a resilient city with a diverse economy and strengths in key growth sectors as well as strong existing partnerships and a track record of delivery.

Manchester has both the foundations and building blocks to re-establish its previous momentum as the UK’s premier growth city.

The economic interruption of the pandemic has not diminished the city’s aspirations for a more inclusive and greener economy.

Manchester is ready and able to play a leading role in the agenda to ‘level up’ the country’s economy.

It has two main elements – early actions to cushion the impact of the COVID-19 pandemic downturn on Manchester people and businesses, and ready-made long-term investment programmes in key sectors to help power the recovery by creating new jobs and acting as a catalyst to further investment.

The early actions envisage a two-year, £36m per year programme to provide support to 12,000 people in total.

This includes support to stay in education to improve qualifications and skills; training people in high-demand skills, eg digital skills – an area where Manchester has seen more than 4,000 businesses start up since March 2020 – and supporting self-employment.

A minimum of 15% of this funding will be focused on supporting the green economy.

The four ‘game changing’ investment propositions, for which the city is seeking government funding, cover 50 projects of various sizes with a total investment requirement of £798.8m.

Sir Richard Leese, leader of Manchester City Council, said: “Manchester’s economy has been disrupted by the impacts of the pandemic but our ambitions for a more inclusive and greener economy are undiminished. If anything, it has become more important that we work with partners to deliver them even more rapidly. 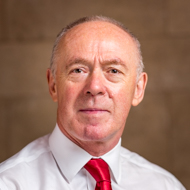 “We recognise that there are people and businesses who have been badly affected by the economic downturn and are doing everything in our power to cushion the worst impacts. Yet, even amid these challenges, there are grounds for real belief in the prospects for a strong recovery.

“Manchester has both the foundations and building blocks in place to re-establish its previous momentum as the UK’s premier growth city.

“As well as an array of business talent, we have a pipeline of game-changing projects with the potential to power the recovery.

“This is a city ready and able to play a leading role in the agenda to ‘level up’ the country’s economy.”

The plan builds on the existing Our Manchester Industrial Strategy with its themes of People, Place, Prosperity and the drive to become a zero carbon city by 2038 and complements wider plans for Greater Manchester.

It will be launched at a webinar today, at which businesses will hear more about the plan and how they can engage with them and help drive forward the next chapter of the city’s growth.