The UK’s Entrepreneur of the Year will be unveiled next week at a virtual awards ceremony, with several leading figures from the North in the running for the prestigious title. 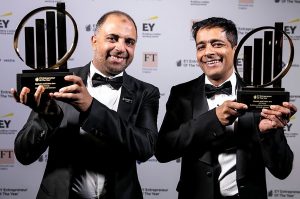 Celebrate the success of the corporate finance community at the...

Deadline for North West Business Masters extended – get your...

Get your entries in for the 2021 Northern Leadership Awards