The deal, for a client in the energy sector, is to supply a control room with UVS Lucidity video wall controller technology. It takes the number of countries that UVS has worked in to 17 in the past two years.

The contract is the result of detailed online demonstrations of its video wall technology during lockdown, to a client brought to UVS by the audio-visual distributor Business Group Poland. The AV distributor, based in Warsaw, provides professional solutions, devices and audio-visual accessories to a wide range of clients.

UVS technology will be at the heart of a new operations centre where it will be providing the monitoring of key Supervisory Control And Data Acquisition (SCADA) systems and other critical data.

Business Group was introduced to UVS by Pawel Religa, the UVS representative in Central and Eastern Europe, who was recruited to take advantage of the region’s fast growing audio visual markets.

Steve Murphy, UVS managing director, said: “This contract is the first to come as a result of the many proposals we have been doing during lockdown for Business Group in Poland, which have benefited greatly from our ability to provide online demonstrations. The investment we made at the beginning of 2020 in our remote demonstration and remote support capability is proving invaluable and has contributed to a very strong finish to 2020.” 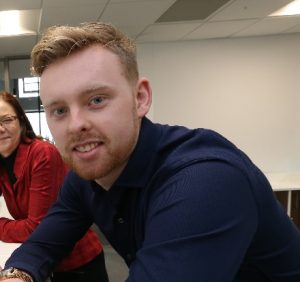 A graduate recruit at a Warrington technology employer has found the code to his career development – thanks to a £6,000 scholarship.

Evan Morris has landed a place on the country’s leading boot camp for young computer coders with help from his employer and their landlord.

The software assurance engineer, who works for Avanite at The Base, Warrington’s technology hub, is to spend 12 weeks on an intensive boot camp hosted by Manchester-based Code Nation, the country’s leading private software training organisation.

Coding is a key skill for a wide range of technology careers and applications. It uses a programming language to tell a computer to behave in a certain way and fulfil certain tasks, such as to take an image and make it move.

Evan said: “Coding is such a critical skill and I was self-teaching at home but it was very time-consuming given my day job. Being on the boot camp will make a huge difference to my career.” 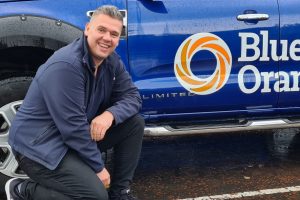 Blue Orange managing director, David Silous-Holt, said: “We’ve worked hard for the last 18 months with Sharp and this is another major milestone in our continued growth strategy. It’s a badge of honour that shows we are the best at what we do.”

He added: “We currently focus on professional and interactive displays and are looking at extending our Sharp range across a combination of education and commercial products. These may include early years learning multi-touch tables, along with ‘meet-up’ battery powered communication platforms.

“In addition visitor management systems are also on our radar.” 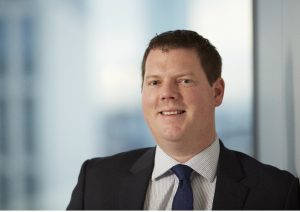 Addleshaw Goddard’s North West corporate team is encouraging companies in the region to remain optimistic about dealmaking in the year ahead, following a year which has seen it complete in excess of 50 deals with a total value of almost £4bn.

Over the past 12 months the team has been involved in almost every stand-out deal in the region, working with clients to identify opportunities and carefully calculating the risks that the current pandemic poses to them before undertaking a range of balance sheet strengthening strategies.

An example of this has been the multiple equity fundraisings the team has been involved in, including £67.3m fundraising by On the Beach, and £197.7m fundraising by Boohoo, which allow companies to raise additional capital quickly to obtain a competitive advantage and strengthen the business’s financial position. Bookbuild placings have also been used extensively this year to fund further acquisitions, such as Accrol Group’s acquisition of the LTC Group, and Yourgene Health’s acquisition of Coastal Genomics.

M&A activity has also continued to remain strong throughout the year as companies look to diversify and generate a new source of revenue, as was seen in Bruntwood’s acquisition of a 25% stake in Sciontec Developments, Citation’s acquisition of iHasco, and AIMS Group’s purchase of various companies within the Beech Holdings group.

Paul Medlicott, head of Addleshaw Goddard’s North West corporate team, said: “Despite it being a difficult year, we have still continued to see a huge amount of work across a range of sectors coming across our desk, particularly within the last six weeks, giving us much to be optimistic about as we head into 2021.” 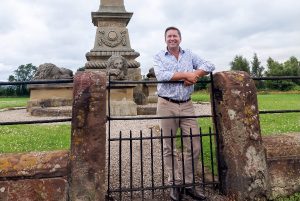 Land owner Barnston Estate is creating Monument Meadow to replace the burial ground at St Chad’s in the village. The natural burial ground will also be made available for residents of surrounding villages.

“We have given careful consideration to ensure that it is respectful to the surrounding landscape. We will be planting a variety of native species of trees such as oak, beech, wild cherry, walnut and lime, new hedges and a lovely wildflower meadow which will include buttercups, cow parsley and yarrow.”

Monument Meadow, which has views stretching across the Clywdian Range, has been designed by specialist landscape architects Land Studio in Chester. The burial ground is intended to be a natural one with caskets made of natural materials with no formal markers. It will change with the seasons over time and support a variety of flora.