The retailer, based in Speke, South Liverpool, issued an update covering the period from September 27 to December 26, today.

During the quarter, the group opened 18 new stores, creating more than 500 jobs.

Babou and B&M France revenues in the third quarter decreased by 1.4%, reflecting the four-week lockdown restrictions that ended on November 28, 2020. Outside of the lockdown period, sales performance was strong.

The progress has led to a further special dividend of 20p per share, which will be paid to shareholders on January 29.

Today’s update also announced that previous guidance for fiscal year 2021 EBITDA, issued on December 3, 2020, has narrowed to be within the range of £540m to £570m, after the voluntary payment of business rates amounting to approximately £80m.

Chief executive, Simon Arora, said: “Our trading performance is testament to the hard work and commitment of all our colleagues, to whom I express my sincere thanks.

“The safety and wellbeing of our customers and colleagues has remained our priority during these unprecedented times, whilst we have worked hard to provide customers with the everyday essentials they need. We are awarding some 30,000 store and distribution colleagues an extra week’s wages in recognition of their considerable efforts.”

He added: “Notwithstanding our status as an essential retailer, with lockdown restrictions in the UK having tightened, there remain uncertainties ahead. With our combination of exceptional value and convenient out of town locations, we are confident that our business model will prove highly relevant to the needs of customers in 2021.”

Russ Mould, investment director at Manchester investment platform AJ Bell, said: “Value retailer B&M has been a winner during the COVID-19 pandemic whether restrictions have been relatively tighter or looser, and that’s reflected in a big increase in festive sales and the promise of a special dividend for shareholders.

“This is a rare income good news story for investors.

“Able to stay open through lockdown due to its focus on essential lines such as homewares, food and DIY products, it will be interesting to see if the new, stricter measures in the UK interrupt its momentum.

“On the one hand the discounted goods it offers will be welcomed by increasingly hard-pressed shoppers who are suffering financially in lockdown, but on the other hand, unlike the major supermarkets, it doesn’t have an online channel to speak of.

“A reduction in footfall amid stricter stay at home messaging and the fear created by the new more infectious COVID variant could put a dent in sales given B&M doesn’t sell fresh produce and is, therefore, not somewhere most people could do their entire weekly shop.

“However, during the pandemic B&M won market share and its spacious out-of-town stores in retail parks are likely to continue to appeal to shoppers.

“The company has mastered the key art of retail – giving people what they want at the right price and at the right time in the right locations.

“This should stand it in good stead as we exit the coronavirus crisis, particularly as its keen prices will appeal in an economy ravaged by the events of the last year.” 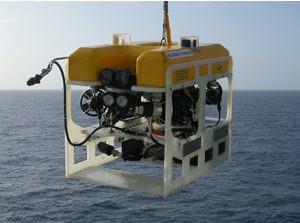 It said that while the fourth quarter continued to be challenging, it saw an improvement in trading over the third quarter with revenue ahead sequentially by seven per cent.

The ship-to-ship transfer operations continue to perform in line with expectations, while elsewhere in Marine Support there has been a significant impact from the lack of subsea projects, both in offshore wind and oil and gas.

The group said it has already taken swift actions to reduce overheads in Marine Support and has reviewed the carrying value of its entire asset base.

As a result, the board intends, subject to audit, to make a one-off impairment provision in relation to goodwill, fixed assets and certain accounts receivable in this division, which has no cash impact.

Separately disclosed items for the group are now estimated to amount to between £75m and £85m in 2020.

During December, the group also completed customer acceptance testing on a 500m saturation diving system, the first of its kind, which triggered the release of advance payment bond commitments to the customer.

Cash generation was strong in the quarter and year end net borrowings excluding IFRS16 leases are expected to be between £175m and £180m. Headroom on committed facilities at December 31, was approximately £120m. 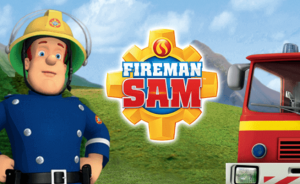 AIM-listed Oldham-based toys group Character confirmed today that contracts have been exchanged for the sale of its UK overspill warehousing facility at Vernon Works, Oldham, for £3.5m in cash, excluding VAT.

Completion is scheduled to take place on January 29, 2021.