Home / North West / Viewpoint / What role can private investment in infrastructure play in the economic recovery?

What role can private investment in infrastructure play in the economic recovery?

The UK government has set out its intentions to address the geographical economic divide in the UK, with an assembled taskforce dedicated to levelling up.

The £4.2bn fund announced by the Chancellor of the Exchequer aims to improve the business environment and drive success in the North of England.

The agenda is not as simplistic as building roads and rail for connectivity, but extends to fostering a global manufacturing exporting powerhouse, supporting great education and creating a place for our next generation to thrive.

Enhanced quality of life in smaller towns in the North will encourage people to stay and add value to their communities, rather than travelling to large cities where historically there have been a broader range of opportunities.

To achieve the Government’s vision of a greater North, infrastructure developments will prove critical for successful levelling up and become the catalyst for northern growth and recovery.

Therefore, there is a significant case for private capital investment into infrastructure. 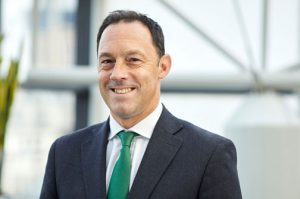 “World-class infrastructure,” he says, “if it is to enable communities and industries to prosper, needs to be strategically planned, joined up and forward-looking.

“It is more than just about having a ‘visible impact on people.’ It will require huge capital investment and the input of individuals and organizations across the spectrum, developers, investors, funders and financial institutions, as well as Government itself, whose job is not merely to
put forward public funds but to create the conditions ideal to attract the external investment.

“The availability of private capital is not the issue and infrastructure remains an attractive asset class for many investors.”

These themes are the focus of an in-depth discussion in a webinar hosted by Squire Patton Boggs’ international affairs advisor Matthew Kirk on Wednesday, January 27, at 4:30 pm. 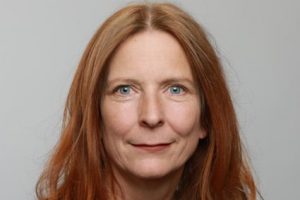 Mr Kirk will be joined by Lord Jim O’Neill, former UK Chief Economist at Goldman Sachs, and Natalie Winterfrost, director of the Law Debenture’s Pension Trust Corporation and a professional pension trustee, to discuss “What Role Can Private Investment in Infrastructure Play in the Economic Recovery?”.

The webinar will explore the role of private capital in infrastructure investment and how that can support both the national economic recovery and the Government’s key policy goals, notably action on climate change and the levelling up of the UK economy.

You can register for the event at https://www.squirepattonboggs.com/en/insights/events/2021/01/what-role-can-private-investment-in-infrastructure-play-in-the-economic-recovery

Is an Amazon Seller account the right choice for British...

How SMEs overcame the challenges of 2020

Businesses must respond to changing expectations of ‘the...

Collaboration and socialisation to be at the heart of post-pandemic...

The road to recovery for Britain’s SMEs

Last chance for GM businesses to sign up and harness the power of...