The scheme is scheduled for consideration by the council’s planning committee at a special meeting next Tuesday (February 23) when councillors will decide whether to follow the officers’ advice, or reject it.

Even if councillors approve the club’s ambitious plans for the 52,888-capacity ground – and the legacy proposals for the club’s current Goodison Park stadium – the proposals will automatically be referred to the Secretary of State by the council as standard practice, due to the sheer size of the scheme which could be the largest development on site in the country if and when work starts.

The Ministry of Housing, Communities and Local Government will have 21 days to review the application.

If it is approved work could start this spring/summer meaning, with a 150-week build programme, the club could be playing in a new stadium by the 2024/25 season.

If, on the other hand, it is called in by the Government, the club said it has contingency plans for different timelines involved.

However, if it is approved, Everton will then start work on delivering a construction programme, and financing the scheme, which it said will be entirely privately funded.

A spokesperson said: “We’re in a good place from a funding perspective. We are where we want to be. It will be privately funded through a funding partner.”

The club estimates a new ground could generate up to £1.3bn-worth of benefits for the local economy.

Council planning officers have examined the club’s proposals and their 200-page report to councillors acknowledges the scheme is a “significant event in the history of the city” and “is a major decision for the local planning authority.”

Their report also recognises Everton’s proposals “have broad popular support overall” and the stadium plans would open up access to the city’s waterfront World Heritage Site which is not currently available to the public, “creating a modern attraction that would enhance the area and draw more visitors to the city”.

The council revealed that it has received more than 2,000 comments in support of the club’s proposals – and only three objections.

The report shows that the club looked at 52 sites across the city. It states that the Liverpool City Council QC agrees with the club that Bramley-Moore Dock is the only site suitable.

If the planning application is granted, the officers’ report shows that the club would be able to host four major non-football events – concerts or other sporting events – at the new stadium, as well as the usual conferences, exhibitions, banqueting, weddings and tours throughout the year.

It also reveals that the scheme’s design is praised, especially how it sits alongside other heritage assets in the North Docks area.

Also, the inclusivity of the stadium design is praised by the Everton Disabled Supporters’ Association and the Corporate Access Forum.

It will be one of the most accessible for disabled supporters with at least one Changing Places facility in every stand, and the most wheelchair bays in the Premier League at different levels in all areas of the stadium.

The council report praises the club for holding the largest commercial public consultations held in the Liverpool City Region – involving more than 63,000 people – which showed that none of the responses to questions dipped below 80% in support, including non-Everton fans, Liverpool fans, young or old, and people living in L3 or L4.

There is also praise for the club’s transport plans for the new stadium, which is within a 30 minute walk from the city centre.

Plans will focus on encouraging more fans to use public transport instead of their cars.

They include Everton contributing to improvements at the nearby Sandhills rail station, the creation of matchday shuttle bus services from the stadium to the city centre and to the Sefton area pre- and post-match, and a new non-matchday ‘North Shore’ bus service connecting the whole of the North Docks, with Ten Streets and other parts of North Liverpool.

Links to Sefton could bring economic benefits to Bootle town centre through a match-day park-and-ride facility which would increase dwell time among fans for local businesses. 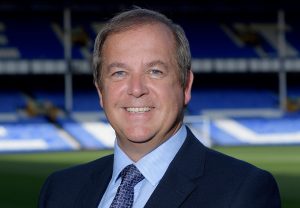 In an update to fans in December last year, Everton’s stadium development director, Colin Chong, said: “Achieving a positive planning determination is the next key milestone in this project and unlocks the next phase of work streams we need to complete, with a key focus on confirming the land acquisition, finalising our preferred routes and access to funding, and formalising our relationship with our preferred contractor, Laing O’Rourke.”

Consultants working with the cub estimate that a new stadium could create more than the initially estimated 15,000 jobs and attract 1.4 million visitors to the city.

Mr Chong said: “Estimates show a ripple effect that will be felt across the city region’s economy.

“Local families who have members of their households working on the development will benefit from £32m of income. Liverpool City Council could see an annual return of £2.1m in council tax, while business rates income could yield a further £1.7m per year.”

The proposed stadium would sit within Peel L&P’s £5.5bn Liverpool Waters development, which forms part of the city’s newly-launched North Shore vision for its northern docklands.

At the heart of the proposal is a brick, steel and glass stadium which takes its inspiration from the historic maritime and warehouse buildings nearby.

The stadium structure combines the historic and the modern, with the brick base incorporating a nod to Goodison Park’s famous Archibald Leitch latticework, while the dynamic roof structure made from steel and glass gives the stadium a modern finish.

In September last year the club, working with the council, unveiled several tweaks to the original design proposals to placate heritage groups, including the introduction of a new stepped plaza and the removal of a multi-storey car park.

Colin Chong said: “By working closely with Liverpool City Council and all our key stakeholders we have refined our plans to ensure a better connection between the stadium and the river.

“The public stepped plaza will become a high quality start and end to the planned river walk and a destination benefiting the local community as well as visitors to the city on non-matchdays.”