Barings Real Estate has appointed JLL to the leasing team at its 180,000 sq ft Landmark development in Manchester city centre following a series of high profile transactions at the building.

JLL joins CBRE and Colliers International as agents on Landmark, which has had a strong start to 2021, securing two global occupiers and a coffee bar operator since the start of the year.

In January, Barings announced it had signed a management agreement with flexible workspace group, Hana, for 32,000 sq ft at Landmark. Hana will design, build and operate the flexible space, called Hana at St Peter’s Square, which is expected to open in mid-2021. Additionally, global professional services firm Grant Thornton agreed a 15-year lease to relocate its 350-strong Manchester team into the 13,219 sq ft 11th floor of Landmark and will take occupation of the space later this year on completion of its fit-out.

Most recently, it was announced that award winning premium coffee company and social enterprise supporting people out of homelessness, Change Please, will operate the coffee and pastry bar within Landmark.

JLL is an existing occupier at Landmark, having moved its Manchester team into the 14,004 sq ft 10th floor last year, representing JLL’s largest commercial office outside of London.

Ian Mayhew, Barings managing director, said: “Bringing JLL on board was a natural move. In addition to being an excellent operator in the market, the team can utilise their first hand experience of Landmark whilst engaging with potential occupiers and showcasing their space to interested parties.”

Kimi Räikkönen with the backpack

Built for Athletes and the Alfa Romeo Racing ORLEN Formula One team are set to continue their successful partnership for the 2021 world championship.

After a successful first year supplying their best-in-class backpacks to the historic team, Manchester-based Built for Athletes will now provide the Alfa Romeo Racing ORLEN Formula One team, including drivers Kimi Räikkönen, Antonio Giovinazzi and Robert Kubica with the Hero 2.0 backpack for the 2021 season.

Frédéric Vasseur, team principal Alfa Romeo Racing ORLEN and CEO Sauber Motorsport AG said: “We are very pleased to extend our successful partnership with Built for Athletes. The Hero backpack proved a very popular accessory with everyone in the team, practical, with lots of capacity and suited to our demanding travel schedules.”

Nick Costello, Built for Athletes founder, said: “We’re delighted to continue our partnership with one of the most historic racing teams on the grid and remain the official backpack supplier of Alfa Romeo Racing ORLEN for the 2021 season.

“Designing the 2021 ARRO backpack has been a collaborative process and we’re confident the end result is a functional, versatile and robust product which will become a core piece of kit for Alfa Romeo Racing ORLEN mechanics, engineers, management team and drivers alike.” 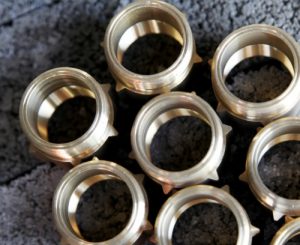 Network Plus, the Salford utility and infrastructure supplier, has been awarded a second significant contract by Affinity Water, the UK’s largest water-only supplier.

Over the next four years the contract will see Network Plus install up to 200,000 meters in designated areas of the Affinity Water central region. This follows an award last month of an eight year contract awarded by Affinity.

Network Plus will work alongside Affinity Water to deliver an end-to-end service to deliver meter installations to make the process easy to administer, including use of core IT systems, planning and scheduling of work.

The firm has also announced its commitment to the Government’s Kickstart scheme aimed at providing opportunities to young people at risk of long term unemployment.

Through Kickstart, Network Plus will offer six month work placements for young people aged 16-to-24-years and will be welcoming 34 people into the business. 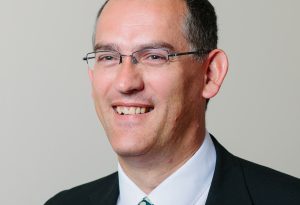 North West groundwork contractor and civil engineering specialist Fitfield has put its staff at the heart of the business by becoming employee-owned.

Established in 1990, the family-owned firm switched to Employee-Ownership Trust (EOT) status to ensure that any decisions taken by the business represent the best interests of its 60-strong workforce.

Fitfield managing director John Maxwell said the switch to being an EOT would preserve the independent status and family ethos of Fitfield, provide a structure for the long-term, continue a programme of staff training and development and deliver success for all employees.

Iain Round, partner and head of private sector at Beever and Struthers, said: “After leading on this major exercise for John and his sister Maureen over several months and having applied our expertise to the many issues involved, it became increasingly obvious that an EOT was the best option to ensure a bright future for them and their colleagues at Fitfield.” 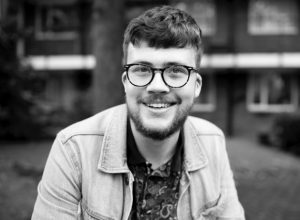 Ben, 21, worked with local investor and businessman, Andrew Morgan, to establish the studios following a successful project together in October 2019. Ben’s previous clients include Manchester City FC, the BBC, Gucci and the Premier League all using his rare talent of hand-drawn animation.

“I can’t believe the reaction we’ve had since launching. The clients that we are attracting are giving us the most amazing briefs and opportunities and we’re so excited to see what the future holds for Ben Wild Studios,” said Ben.

He left school aged 15 to follow his dreams and has travelled the world to learn his craft. From working on a comic book, then landing a job with a film studio working as an on-site storyboard artist, to working with Manchester City, McLaren and Ford, self-taught Ben has crammed a lot in his young professional career.

Andrew Morgan said: “Ben is a unique talent and working with him has been incredible. By utilising my business experience and acumen, I truly believe that Ben Wild Studios will be an international success story.”

Airport boss calls for ‘restriction-free travel’ and an...