Plans for a luxury hotel close to Everton’s proposed Bramley-Moore Dock stadium have been rejected by Liverpool Council.

Property company Knightsbridge had applied for permission to build an eight storey, 174-bedroom hotel on land next to Sandhills station, which will provide a link to Everton’s new home.

The Blues got permission for the stadium plans last month. However, a separate application from Knightsbridge for the hotel has been refused. 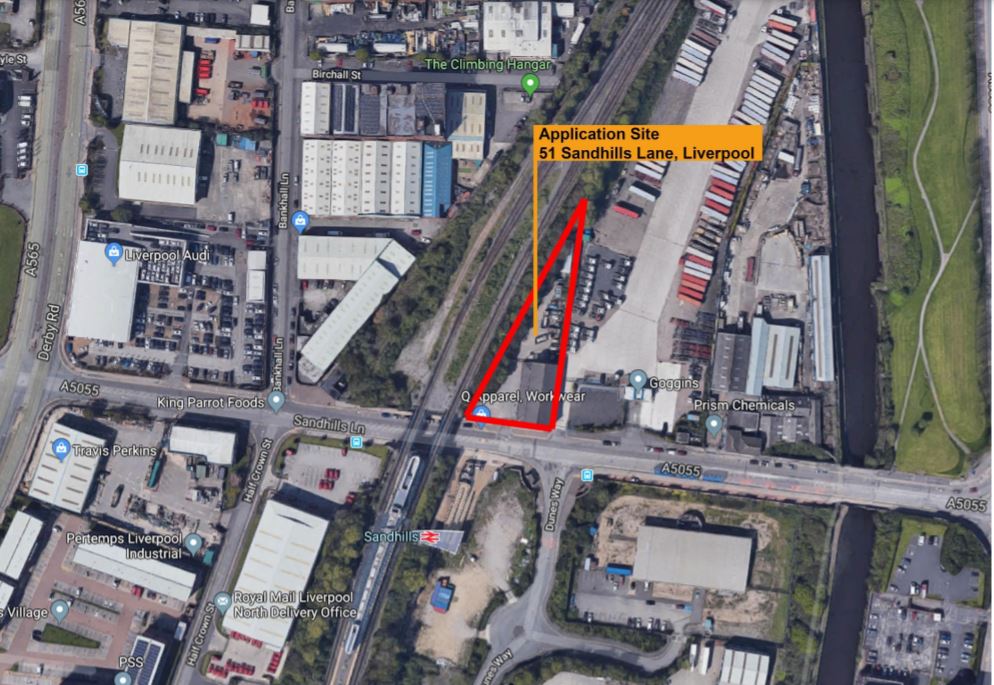 Liverpool Council said the hotel would result in the loss of industrial land and would ‘fail to act as a catalyst’ for the long-term development of the site for industrial /employment use.

It also said the development would be ‘out of character’ for the local area.

The proposal was put forward by advisor Landor Planning Consultants on behalf of applicant FSF Estates for a narrow triangular site at 51 Sandhills Lane, 800m from the Everton site.

Th developer said the hotel would be a “positive contemporary development”.

It added that “the scheme provides a strong presence and will act as a visual key on this prominent site”.