Both Manchester and Liverpool airports suffered huge declines in passenger traffic due to the coronavirus pandemic, new figures show.

During 2020, as borders were closed and fleets were grounded, Manchester saw a 76.06% fall in passenger numbers compared with 2019.

The worst hit of all UK airports was Cardiff, which registered an 86.75% cut in passenger levels during 2020.

Last year’s passenger traffic was the worst since 1985, when 70.1m passengers passed through UK terminals.

Statistics show that almost two-thirds of the 2020 traffic flew in the first three months of the year, before restrictions were tightened as the pandemic spread throughout the world.

Now, Airport Operators Association chief executive Karen Dee has called on the Government to honour its promise to deliver an aviation-specific support package to ensure international travel can resume as quickly, and safely, as possible following the lifting of lockdown. 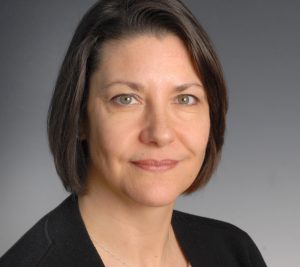 She said: “A year ago, the Chancellor stood up and noted some sectors faced ‘acute challenges’.

“He promised to work with the Transport Secretary on a ‘support package specifically for airlines and airports’. One year on, he has been proven right about the challenges, but has failed to deliver sufficient support.

“The Chancellor’s failure to deliver on his promise has resulted in UK airports facing huge losses and trailing behind international competitors, who did receive significant support from their governments. For example, German airports received €820m of airport-specific support only last month.”

She added: “Yet, despite dealing with the biggest crisis in their history, most airports remain operational to support vital public services, such as Royal Mail, air ambulances, Coastguard and the National Police Air Service, as well as other critical services such as freight, including PPE and vaccines.”

Last October, Transport Secretary Grant Shapps announced the formation of the Global Travel Taskforce to ensure the safe and sustainable recovery of international travel and to introduce a COVID-19 testing system for travellers visiting the UK.

Ms Dee said: “The Global Travel Taskforce offers us a glimmer of hope for a safe and successful summer.

“To ensure there are viable airports to support the economy and government agendas like global Britain and levelling-up , it must deliver on PM’s promise of risk-based restart of aviation from 17 May, through an affordable testing regime and with quarantine only as a measure of last resort.”