Travel corridor could be more than doubled due to UK vaccination drive, says study

A study for Manchester Airports Group says the success of the UK’s vaccination programme means the number of countries on the travel ‘green list’, could be more than doubled without putting public health at risk.

The research, ahead of the Government’s Global Travel Taskforce report, was carried out by Oxera and Edge Health for Manchester Airports Group.

It shows that if case rates this summer are similar to last year, passengers could start travelling to more than 130 countries, such as Spain, the United States, and Dubai.

The study looks at the risk of new infections from July and August 2020, when the travel corridor scheme allowed people to visit countries in which rates were below a certain threshold.

The Oxera and Edge Health modelling shows that because of the extent of the UK’s vaccination roll-out, travellers from the UK could now visit overseas destinations with virus prevalence rates three times higher than they were in 2020, without increasing the risk or putting pressure on the NHS.

This is because vaccinations increase immunity in the population, drastically reducing severe illness and also leading to a lower rate of transmission (R number).

If the vaccines had been available in 2020, this would have safely increased the number of countries on the list from 62 to 102.

The research also identifies that the addition of pre-departure high-performing antigen tests would enable safe travel to a range of countries with higher infection rates. Modelling shows that with this form of testing prevalence rates in other countries could increase by a factor of six to eight with no further impact to risk in the UK.

That would mean almost 30 additional countries could be added to the list, letting passengers travel safely to up to 91% of all countries.

When vaccination programmes in other countries outside of the UK and the vaccination of those aged 17 and below are taken into consideration, the number of possible destinations could rise even further.

The study has been combined with data that shows the success of the UK’s vaccination programme has led to a significant reduction in hospitalisations and deaths from COVID-19.

This demonstrates that an increase in the number of ‘green list’ countries is possible while maintaining the low levels of new infections observed in summer 2020.

Oxera and Edge Health’s study is based on a list of the 143 countries where estimates of COVID-19 prevalence are available and includes the top 10 destinations for passengers from the UK.

Michele Granatstein, partner at Oxera and head of its aviation practice, said: “The successful rollout of the UK’s vaccination programme, with 32 million people having received a first dose, is crucial to the safe re-opening of air travel. The vaccines’ role in significantly reducing not only the number of hospitalisations and COVID-19 deaths but transmission rates of the virus should give assurance that safe travel to international destinations is within reach.

“Given these promising results, the proposed green list countries could safely be extended this summer. Extending the travel corridor scheme would also give people greater peace of mind that they can travel safely, while removing the obligation to undergo an inconvenient and potentially expensive quarantine period.”

George Batchelor, co-founder and director of Edge Health, said: “The greater the number of people who are vaccinated, the more the public health dangers posed COVID-19 decline.

“Although the risk of emerging variants remains a concern, none of the variants observed so far have become dominant to SARS-Cov-2 globally. We remain cautiously optimistic that international travel will be attainable within the coming months.” 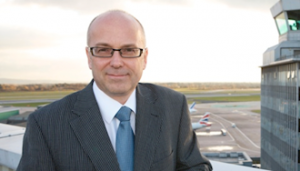 Charlie Cornish, group CEO of Manchester Airports Group (MAG), said: “Throughout this pandemic, MAG and the wider travel industry has supported the need for strict measures to prevent the spread of the virus and respond to new variants.

“At the same time, the case for restarting international travel safely and at the earliest opportunity is clear. Hundreds of thousands of jobs and billions of pounds-worth of economic value hang in the balance, while families are desperate for a hard-earned holiday, or to be reunited with loved ones they have been separated from during the most challenging of years.”

He added: “The Government’s vaccination programme is the envy of the world and this study shows that unlocking travel to a wide range of destinations is one of the many ways in which the British public can benefit from its success.

“This research is a hugely valuable contribution to the work of the Global Travel Taskforce and paves the way for overseas travel to resume as soon as possible.

“We look forward to continuing to work with the Taskforce ahead of the publication of its framework next week, and to playing our part in getting Britain flying again and driving our recovery from this pandemic.”

Mayor Andy Burnham to ‘revolutionise’ transport as he...