Regeneration specialist Vistry Partnerships has announced the appointment of Gemma Hardy as its new sales director for the North West region.

Having worked in the industry for more than 18 years, Gemma has a wealth of experience, and she joins the team from Jones Homes where she worked her way up to sales and marketing director, having previously held the position of sales manager.

Gemma will join Vistry’s regional office based in Warrington. She said: “I am thrilled to be joining Partnerships at such an exciting period in its history. From bespoke communities to large regeneration projects, Partnerships’ North West has continuously led the way in delivering new homes and I am looking forward to growing with the business as we increase the mixed tenure offering and sales outlets across the region.”

Vistry Partnerships’ divisional managing director for central and north, James Warrington, said: “With a wide range of projects under development, our North West business unit is an essential part of the division and Gemma will play a central role in delivering the homes which support our growth aspirations for the region.”

Gemma’s appointment is part of a broader recruitment drive for Vistry Partnerships as the businesses looks to strengthen its workforce. Over the past few weeks the North West team has added several employees to its ranks across all departments.

On average, 27% of Vistry Partnerships employees are female, and Gemma’s appointment reflects the business’s commitment to encouraging women into the construction industry.

Following news earlier this year that Manchester digital PR agency JBH has tripled in size, the agency has appointed Lauren Wilden, who will join the team as digital PR manager.

Lauren joins from PR agency 10 Yetis where she spent nearly eight years, most recently as head of PR. During her time at the agency, Lauren worked on award-winning traditional and digital PR campaigns for the likes of Hillarys, Optical Express, Vouchercloud, carwow and holidaycottages.co.uk.

She said: “I feel extremely lucky and so excited to be joining the JBH family. After meeting with the founders and senior members of the team, I knew almost immediately that the agency would be the perfect fit for me in developing my skills and knowledge of the digital PR and SEO industries.

“Just a few days into my role and I already feel completely welcomed and supported by the entire agency – which is no mean feat whilst we’re all still working from home. 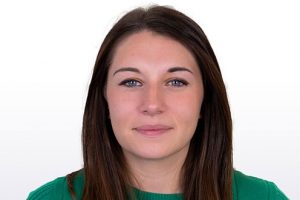 “I’ve been a long-time admirer of the incredible campaigns and results that the JBH team consistently delivers for an ever growing roster of clients, and I simply cannot wait to get stuck in and help with the next chapter of the exciting journey.”

Jane Hunt, co-founder and marketing director of JBH said: “I am delighted that Lauren has joined us, bringing with her a wealth of knowledge delivering campaigns for clients in the B2C and B2B verticals.

“Almost a decade of experience along with natural leadership and mentoring skills made Lauren the perfect choice for our next stage of growth for the agency.”

In January JBH announced that, due to a flurry of new account wins which included internationally-renowned genealogy brand MyHeritage and D2C mattress brand OTTY, it had expanded the team by 10 new recruits and upscaled its office space, moving into the iconic Express Building in Ancoats.

Jane added: “The last few months have been crazy, we’ve won so many new accounts and we are still driving forward with our recruitment to find the best PR talent in the North West and all over the UK.”

Vincents Solicitors’ Penwortham branch is welcoming a host of new faces as a new team moves into the Liverpool Road office.

Jemma Lloyd has been appointed head of branch for Penwortham and has relocated her four-strong conveyancing team to the town. 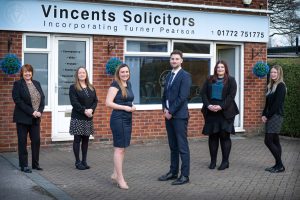 The huge increase in conveyancing work for its teams across Lancashire has seen Vincents establish three dedicated residential property hubs in Lytham, Chorley and now Penwortham, expanding the department to more than 20 firm-wide, and recruitment is continuing.

Jemma Lloyd said: “We’re delighted to be bringing this dedicated service to Penwortham to support homebuyers across Preston and South Ribble.

“There is definitely a large and growing demand for fast and efficient conveyancing at the moment, in fact I’ve never known a busier market, so I’m pleased that our newly-expanded team will be in place to assist buyers.

“The extension to the Stamp Duty holiday is certainly driving higher demand, along with incentives such as Help to Buy and the new government-backed Mortgage Guarantee scheme, so people are trying to make the most of things while they can.

“There’s also the interest from people needing more space as homeworking continues, and we’ve seen hundreds of new-build homes in the local area which has also boosted sales.”

Gavin Powell, 29, who lives in Leyland, has been promoted to sales manager for Buckshaw Village-based Redrow Lancashire.

His latest promotion will see him work alongside the directors and provide input to business decisions that, in turn, will positively affect the customer experience while ensuring business efficiency. 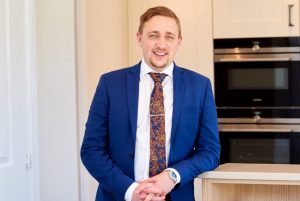 He said: “A lot of my new role will contribute to further improving the experience of every single customer through a new customer service taskforce that I am leading. I’ll be working closely with senior managers from each department to develop and implement changes and introduce new procedures. I’ll also take a lead role in the recruitment and promotion of current members of the sales team.”

Gavin is continuing to manage four of the division’s developments including The Brook and The Oaks at Taylor’s Chase, Warrington, Fox Meadows and Saddleworth View, in Oldham.

Sian Pitt, sales director at Redrow Lancashire, said: “Gavin has such a positive influence on his team and is a real driving force behind pushing them to work to the best of their ability. He’s very deserving of his promotion, all before he’s turned 30.”

Essar is pleased to announce the further strengthening of its executive leadership team with the appointment of Mark Pennifold as chief people officer.

Mark is a highly experienced human resources professional who has worked at senior level within both the automotive and chemicals manufacturing industries. 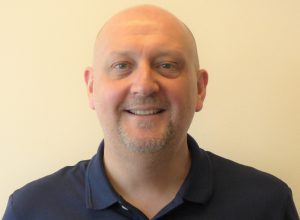 He was most recently the human resources director at Nissan Manufacturing UK, where he had lead responsibility for all HR and health and safety matters at the UK’s biggest car plant.

He has also previously worked for Jaguar Land Rover, Ford and Tata Chemicals Europe. He holds an Honours Degree from the University of London, together with a Post-Graduate Diploma in Personnel Management.

Prashant Ruia, chairman of Essar Oil UK, said: “This is another important appointment for us, with Mark bringing with him a wealth of HR experience at the very highest level.”