The owner of Manchester, London Stansted and East Midlands airports is calling for no restriction travel as passenger numbers dropped 90 per cent across the first 12 months of the pandemic.

Bosses at Manchester Airports Group (MAG) have said ‘plotting a path to restriction-free travel’ is key to the full revival of the UK’s ailing travel sector.

The UK Government has proposed that all passengers – even those returning from the lowest risk ‘green’ destinations – will have to take a PCR test, so it can gather data that will help with genomic sequencing.

MAG said this could be avoided if governments worked together on sequencing and sharing data on variants.

The testing requirement is part of the Global Travel Taskforce’s ‘traffic light’ framework, which categorises countries as red, amber or green based on the risk associated with visiting them.

Subject to final confirmation, it is set to come into play on 17 May, the earliest date non-essential travel can resume.

MAG said that the framework should be improved urgently to include a fourth, restriction-free category capitalising on the success of the UK’s world-leading vaccination programme.

It said doing so would remove ‘significant personal cost to passengers and inject much-needed confidence into the UK aviation sector’ ahead of the summer season.

The full impact on the aviation sector was laid bare in MAG’s annual passenger figures, which showed that compared to March 2020, MAG served 93 per cent fewer passengers in March 2021, and that its rolling 12-month passenger total is down 89 per cent.

At East Midlands Airport, the airport served just 71 passengers for the whole of March this year, against 106,529 in 2020.

Charlie Cornish, CEO, MAG said: “The UK government is among the first to have set out proposals for a system that enables international travel to resume and should be applauded for taking the lead.

“After more than a year of almost total shutdown – and with so many jobs and so much economic value at stake – it’s really important we get people moving again once it is safe to do so.

“We now need Government to confirm the17th May start date as soon as possible, along with the list of countries that fall into each ‘traffic light’ category.”

Under the traffic light system, those returning from green list countries will have to take a test pre-departure and another PCR test within two days of getting back.

Those returning from amber list countries are also required to self-isolate for 10 days and take an extra PCR test, while those coming back from red list countries have to book a government-approved hotel quarantine package. 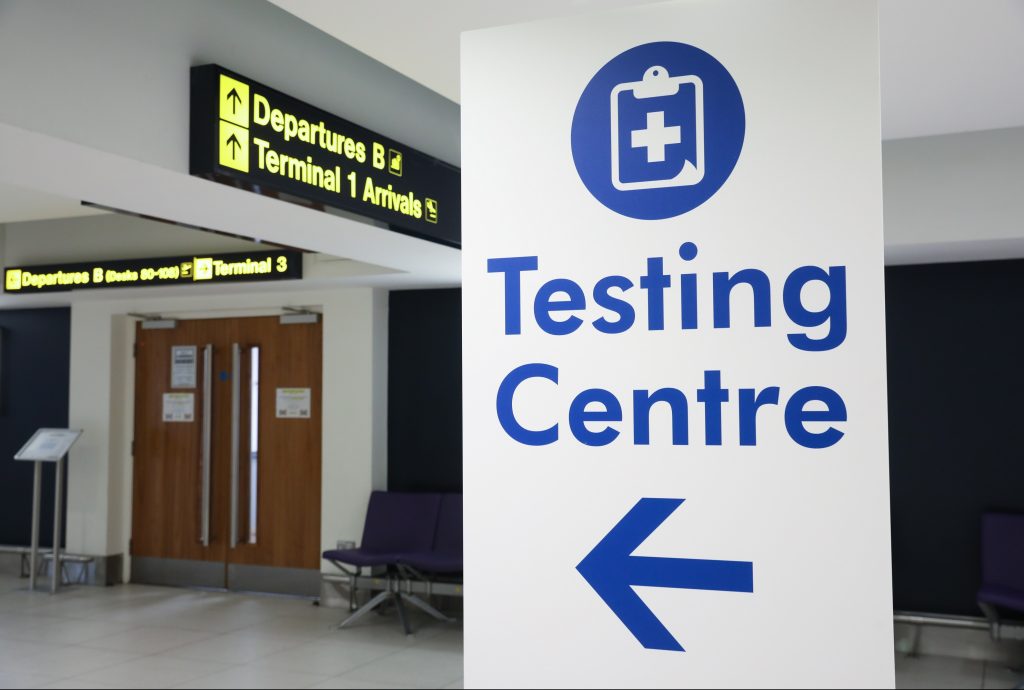 Mr Cornish added: “The requirement to complete a PCR test on return from even the safest countries adds potentially unnecessary cost and the Government’s attention must now turn to finding smarter and more affordable ways to manage the risk posed by new variants of concern.

“This should be achieved by forging ever-closer partnerships with key markets and developing transparent ways of sharing data into these variants so they can be effectively contained.

“Where we can trust data from other countries, forcing people to spend money on expensive PCR tests, to obtain the very same information, would represent a colossal waste of everyone’s money.”

He added: “Only by setting ourselves on a course back to restriction-free travel now will the aviation industry find itself on a road to full recovery, unlocking the wider-ranging economic benefits that brings.”