Bolton Council is seeking new development partners as it bids for government levelling up funding to help deliver three key sites in the town centre.

As circumstances have changed over the past 18 months, the council has reached a mutual agreement with previous developers to surrender their options agreements on redevelopment schemes at Crompton Place, Trinity Gateway and Le Mans Crescent.

However, the council has moved rapidly to begin a new procurement process.

It is expected that new developers will be confirmed as early as December this year.

Once selected, the developers will consider whether existing plans need to be amended for the sites in question.

This will ensure a rapid start to new schemes.

Bolton Council leader, Cllr Martyn Cox, said: “Although re-procuring development partners will extend the development process, removing all option agreements gives us a much better chance of securing a levelling up fund grant from government.

“The work already undertaken in relation to these projects means the new developers will start from a more advanced stage than would normally be the case and will, therefore, be in a position to start construction as soon as possible.”

The council will be using the Pagabo Procurement Framework to select suitable developers, assisted by advisers JLL.

There are a number of high profile developers on the framework who have a track record for delivering large scale schemes within Greater Manchester and know the difficulties that councils face to bring such schemes forward.

The expressions of interest from the developers will allow them to access the data and detailed information and present the council with their ideas to deliver the first phase of this important scheme for Bolton.

Once the selected proposals are delivered, they will add to the visible progress already being made in relation to the town centre regeneration programme. 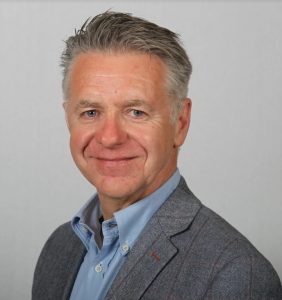 Additionally, Bolton Council has recently been successful in securing £23.9m of government grant funding through the Towns Fund, which will be used to deliver four major projects in and around Cheadle Square and Ashburner Street.

A further £10.73m has been secured from the GM Brownfield Fund and this will be used to undertake site preparation work on five town centre development sites.

This funding support means Bolton has been able to continue to deliver its regeneration plans, despite difficulties caused by the COVID-19 pandemic.

Redevelopment of Ancoats Dispensary to begin within weeks after EWC...