Liverpool has run out of residential stock, according to a city-based property expert.

Alan Bevan, managing director of City Residential, has delivered his third quarter update and said, while this period always results in lower stock levels, this year’s figures are at a 10-year low.

He said: “It is normally rental stock levels that are at their lows, but we have the highly unusual situation where stock levels for both letting, and sale properties are close to an all time low. Whilst comparisons with 12 months ago are difficult to make due to the market having been severely affected by the COVID Pandemic, stock levels are still much lower than at the end of quarter three 2019, even before the pandemic had affected the market.”

This is due to a number of reasons, he said. In sales, the stamp duty holiday hugely increased the activity in the market which resulted in lower stock levels during the first half of the year that never truly recovered.

During the third quarter there was also the negative effect on supply that the continuing issues regarding cladding/EWS1 forms was having on the market. With approximately 50% of the market affected in some way by this issue it exaggerated an already tight stock scenario resulting in the situation today.

With regards to lettings the market returned to something near normal with strong levels of student take-up filling a large amount of the available stock, together with tenants returning to the city in huge numbers. With the restaurants, bars, clubs, and theatres all back to near normal opening conditions, tenants took advantage of reasonable rent levels – which had not increased at all during COVID – to return to the city, all of which created a shortfall of properties to let.

Mr Bevan added that COVID has had a huge influence on the current situation, but not as expected. During 2020 many commentators predicted “the end of the cities” and highlighted how this would push tenants and buyers into the suburbs, which is exactly what happened, he said.

By doing this, both house prices and rental prices have boomed in suburbia. It is almost near impossible to find something to rent in the suburbs and buying a house at a reasonable valuation isn’t far behind.

Facing an almost impossible task of trying to find somewhere to live, hundreds, if not thousands, of tenants and buyers have, therefore, had no choice but to look at renting/buying in the city, irrespective as to whether this was the first, or even preferred, choice. The much higher levels of stock to rent and for sale in the city, than the suburbs, has soaked up this increased demand, resulting in an almost perfect scenario for all parties/stakeholders.

He said: “None of this was something any of us could ever have anticipated when the country went into lockdown during March 2020 and January 2021.”

In terms of prices, he added that, they will only be going one way, upwards.

“Sales prices have increased dramatically over the last six-12 months and the reduced supply and increasing demand is only going to push prices higher. It is interesting to point out, however, in comparison to the suburbs, the average prices of apartments in the city still appear to offer real good value for money, even after the recent increase in prices. 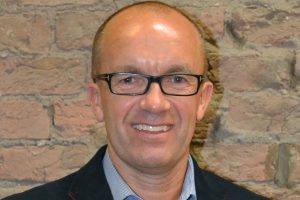 He added: “A much greater effect may well be felt in the rental market. Liverpool is one of the few Northern cities that has seen slow/steady rental growth rather than explosive growth over the last three to five years, certainly in comparison to the likes of Manchester and Birmingham.

“With almost no stock left in the market, rental prices may well increase sharply over the coming six-12 months, especially on renewal of tenancies/when an apartment becomes vacant.

His assesment of what this holds for the future of the market is that, short term it will remain “hot” but as increased supply – new schemes to rent and developments recovering from EWS1 issues – comes to the market it is expected that some of the increase in prices/activity will moderate somewhat.

“Obviously, we can’t take it for granted that we have seen the back of COVID-related issues, but it does appear that the city is back ‘firing on all cylinders’,” he said.

Blackburn industrial estate acquired by US investor in...

Topping out at £8m residential scheme in former job centre

Don’t miss out on the Future of Property Investment webinar