The £40m scheme will also include a new on-site café, pharmacy, convenience store and a nursery.

Hurstwood Holdings acquired Lune Business Park more than 15 years ago and has successfully managed the established scheme since.

Lune has proven to be popular with existing tenants such as First Subsea, which recently expanded its presence at the park, taking a total of 32,000 sq ft.

The new scheme will offer floorplates from 1,000 sq ft up to 100,000 sq ft, with design and build opportunities also available. As part of the plans, Hurstwood will also be contributing to a new bus service connecting the business park to Lancaster city centre and surrounding areas.

Sam Ashworth, project director at Hurstwood Holdings, said: “This planning permission has been a long time coming and we are pleased to have finally secured this important milestone.

“Hurstwood owns two large industrial estates in Lancaster – Lune and Lansil – and we are fully committed to maximising the potential of these estates, which will bring significant economic benefits to area and further job creation.” 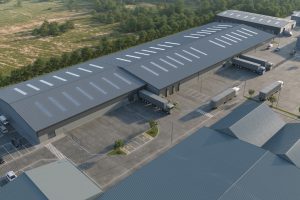 CGI aerial view of the development

Sam added: “With continued cooperation of Lancaster City Council, we plan to start the first phase on site by the first quarter of 2022.”

The new scheme will be developed in phases over the next four years and Hurstwood will appoint a contractor in the coming weeks.

Hurstwood Holdings is a commercial investment group with more than £200m of commercial and residential assets on 120 sites nationwide housing in excess of 1,000 occupier clients.