The prospect of football returning to the ground of Bury FC is on the cards after the administrator confirmed its sale to a fans’ group.

The club was placed into administration on November 27, 2020.

Bury FC was expelled from League One of the English Football League (EFL) on August 27, 2019, when a takeover bid for the club collapsed.

In May last year it was announced that the 12,000-capacity stadium was being put up for sale.

But Steven Wiseglass, a director of Inquesta Corporate Recovery & Insolvency, has confirmed the sale of the ground, as well as other assets, including club memorabilia, goodwill and intellectual property, and the Bury FC name.

All have been sold to the newly formed Gigg Lane Stadium Limited, a company limited by guarantee whose members are the Gigg Lane Propco Limited and Bury Football Club Supporters Society Limited.

Mr Wiseglass said: “It is a fantastic outcome for the fans, the club and the whole town, as it will hopefully bring football back to Gigg Lane.

“My hope all along has always been that Bury FC could be rescued.

“Bury is blessed with a passionate and dedicated group of supporters and we wish them well for the future.”

Gigg Lane is one of the world’s oldest professional football stadiums and has been home to Bury FC since the club was founded in 1885.

National chartered surveying firm Fleurets, which specialises in the leisure property sector, was appointed as the agent to actively market the stadium for sale and seek offers. Bids were received from a number of parties in the UK and overseas.

Mr Wiseglass said The Bury Football Club Company Ltd remains in administration and that Inquesta is continuing with investigations into the company.

Peter Scholes, of Fleurets, said: “It was no surprise the sales process saw strong competition from a range of parties and we wish the purchaser all the very best in bringing football back to Gigg Lane.”

Richard Wolff said: “Today’s announcement is not only a positive result for the parties involved, but also for football, Bury and its local community.

“As a firm, we’ve been able to bring together our expertise across restructuring and real estate to support the process over the past few months and achieve the best possible outcome for stakeholders.”

Mr Wiseglass added: “I am grateful to Fleurets for their expertise and assistance with the property side of the transaction, to JPS Chartered Surveyors for their efficient support in the management of the property and assets, and to Pannone Corporate for their legal support in helping to bring the matter to a successful conclusion.”

A phoenix club, named Bury AFC, separate to Bury FC, was launched following administration with the aim of entering the league lower down the football pyramid. 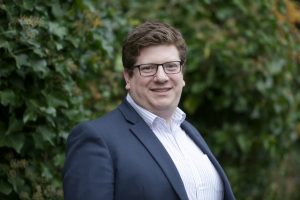 In June last year Mr Wiseglass revealed that two offers for the club had been received, but had come to nothing. However, he said he was confident more offers would follow.

Administration papers submitted to Companies House revealed that the club has a total liability of £12,545,559, including £979,062 owed to HMRC, which has submitted a claim for £1,403,537 in respect of direct taxes, VAT, and non-VAT liability.