‘Get the maths right’ advises boss of Vermont Property Group 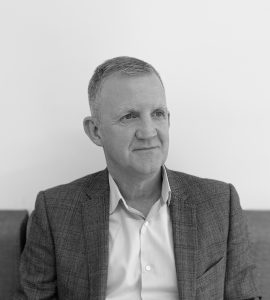 For Mark Connor when it comes to property development, it’s all about getting the maths right.

The CEO and founder of Vermont Property Group, a Liverpool-based development and contracting business, believes developers need to go back to basics.

“You need to do the due diligence,” he told a group of property professional recently.

“I’ve been in property development for a long time and it’s a process, it’s just maths.

“If you buy a site at the right price, you get the costings right and you sell it for the right number, you make a profit. But you can’t do it the other way round where you pay whatever you want for a site because it’s with someone else’s money. If you pay too much for the site, then it isn’t going to work.”

Mark spoke at TheBusinessDesk.com Liverpool Property Lunch recently where he shared his views about the current property landscape.

He told guests he had concerns over fractional sales – where a building project is funded by selling flats off-plan before it is built – a common way of developing in Liverpool.

“Fractional sales have lowered the barrier to entry into the sector, so everybody can be a developer because they’re using money from investors,” he said.

“This has encouraged people to pay too much for sites in the haste to get on board into this fractional sales arena, and going back the point about maths, they’ve not done the numbers.

“So how do you make it work? Well, do the construction appraisal first, so you know what the costs are before anyone commits to buy.”

Liverpool headquartered Vermont was founded in 2004 and provides development consultancy as well as traditional development and contracting services operating across the residential and student accommodation sectors.

The group’s projects include Plaza 1821, Aura and The Courtyard in Liverpool as well as 1,100 apartments at MediaCity and The Campus building for Salford University.

Since 2010, the group has focused on PRS schemes.

“We’ve flown under the radar a little,” said Mark.

“We work exclusively with one or two partners and that’s been key for our growth and our reputation.

“Our current key partners are X1 Developments and Peel L&P and our specialism is doing large multi phased project.

“We’re working on X1 Media City Towers and currently on the third tower. We’re also working at Manchester Waters, Peel’s Pomona Island site, a massive transformational scheme for the Greater Manchester region and we’re lucky to be working on one end with X1 and on the other with Peel.”

Vermont has also restarted work on Aura – a £100m student accommodation development in Liverpool’s Knowledge Quarter – following a deal to take the project out of administration.

Aura was one of three schemes from Liverpool-based Elliot Group that were placed in administration in March 2020.

“It’s a 1,007-bed student accommodation scheme that we picked up directly with the investors.

“We’ve completed the first space successfully and handed it over last September. The second phase will be handed over this summer. With the demise of the Elliot Group, it was great to get this scheme back on track and it was good news not only for investors but for the city too.”

He added: “We’ve always had a unique approach as a developer-contractor business model as we’re able to negotiate pipelines of work as opposed to being a traditional contracting business, and our clients can draw on this extensive sector experience.”

Looking back on Liverpool’s changing landscape, Mark said while Liverpool’s Capital of Culture status boosted the profile of the city by giving it the ‘step change’ it needed to take it to the next level, he believes the development of Liverpool One has been the ‘gamechanger.’

“It has transformed this part of the city by becoming a leisure and shopping destination.

“Nothing has done more for this city than Liverpool One, it’s bringing people in, attracting world famous brands and that’s been great to see.

“We’ve got an arena now and all of a sudden there’s a reason to come to Liverpool.”

Asked what was missing from Liverpool, Mark said it lacked quality Grade A office space.

“It needs a shiny new waterfront office,” he smiled.

“When I look at Manchester and the transformation achieved there, it’s been down to a long-term vision and strong leadership from the council and an even stronger public-private sector partnership.

“We’ve not had that in Liverpool, and as result we’re lacking in office space that could attract the large employers and encourage people to live and work in the city centre.”

He added: “Liverpool is a much different place now than it was in the early 2000s.

“There have been some amazing developments from The Spine to what Capital & Centric plan to do with the Littlewoods building, there’s some real innovation taking place and that’s exciting not just for myself but for everyone in this city.

“We still see plenty of scope to do more, expand and grow the business within the PRS sector.”