A fully qualified civil and commercial mediator, Terry joins as a consultant solicitor and will work with David Edwards, head of the firm’s regulatory and disciplinary department, to further expand its regulatory offering.

Terry’s areas of specialism include regulatory investigation and prosecution work and civil and commercial litigation. Terry has enjoyed a 30-year legal career, most recently as a partner and former head of department of a large regional firm.

David Edwards, partner at Harrison Drury, said: “Terry brings over three decades of experience to the firm and his knowledge of regulatory law will strengthen and further develop our team.”

Terry said: “This is an exciting opportunity to use my experience to help consolidate and expand the regulatory services at Harrison Drury.

“I look forward to working with David and his team to support our clients involved in regulatory investigations and prosecutions.”

Harrison Drury’s regulatory and compliance team works with businesses and individuals to mitigate risk, avoid prosecution, and reduce financial exposure and reputational damage from investigation and prosecution by regulatory and other statutory bodies.

Property group Eddisons has made four senior level promotions across its valuations, property auctions, plant and machinery and transport planning teams in the North West. 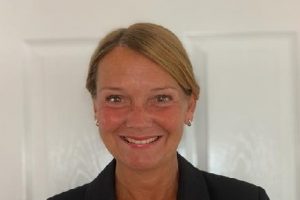 The move is part of a growth strategy that has also seen the firm make five acquisitions since 2019. In the current round of promotions, Eddisons has upgraded a total of nine members of staff to director and a further two to associate director across its 25 UK offices.

In the North West, Sharon Gill, based in the firm’s Stockport office, has been made operations director in the machinery and business assets team after joining as a school leaver and working her way up in the business.

In Eddisons’ St Helens-based commercial and residential property auction arm, Pugh, Laura Telford has also been promoted to operations director, after joining the business in 2006. 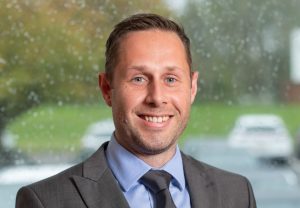 Eddisons managing director, Anthony Spencer, said: “As an employer we believe in nurturing talent, from our thriving apprenticeship programme to helping staff at all levels to progress, and this latest raft of promotions is testament to the success of that focus. Our brilliant team of employees, who share the firm’s passion for always going the extra mile for our diverse client base, are central to our plans to continue to grow the business over the coming months and years.

“Congratulations to Laura, Sharon, Dan and Mark, and our other seven colleagues who have also been promoted.”

He will be focused on building existing relationships and targeting new partnerships with advisers, firms, and networks in both the equity release and holistic financial advisory sectors. This is to strengthen these relationships in terms of referral opportunities, as well as showcase the valuable fintech offering the firm has created, both direct to consumer and via the B2B channels. 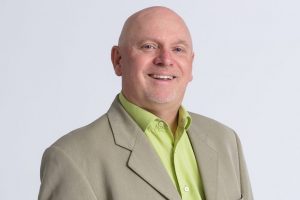 The news comes swiftly after the Warrington-based firm recently appointed Richard Brook as chief marketing officer, to help propel the business’s pioneering technology and digital offering, as well as adding to its growing national team with the addition of David Bishop and Tim Feather as advisers to bring the national count to 60 advisers strong.

Craig Kerrigan said: “It’s a privilege to join this exceptional team and I’m excited about what the future holds for the firm. We have some fantastic opportunities available through our development of digital and technology innovations that we’ve created to transform the equity release landscape. In particular, the launch of smartER last year, enables customers to now take control and research product rates and features in their own time and I’m looking forward to bringing these new developments to a wider network.”

Craig joins the firm with more than 20 years’ worth of experience within the financial services sector. He has predominantly worked provider/lender side to support advisers and their businesses. His sector specialties include managing pensions and protection areas for life offices, as well as leading advisory systems teams and nurturing relationships with national accounts and networks/mortgage clubs to support them with their equity release solutions. Prior to joining ERS, Craig held national account manager positions at Key and More2Life.

Andy Thomas has been promoted from technical director to operations director at Liverpool-based Downing Construction, following the retirement of director and head of construction, Ian Orton, as the developer continues to progress at pace with its £1bn pipeline.

After 24 years with the company, Ian has decided to take a step back, however, he will continue to work with Downing as a non-executive director.

Sally O’Brien, joint chief executive at Downing, said: “We are really pleased that Ian will still be involved with Downing. He is responsible for the great team we have established at Downing – each member being guided through his experience. The whole team are immensely grateful for his loyalty and dedication, that has led to the delivery of many high profile projects for us. 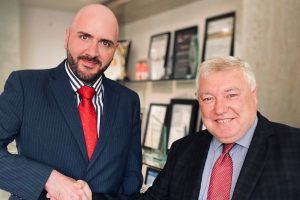 “Andy has been a rising star since joining us and is someone who was earmarked very early on as a future leader. It’s very fitting that, having been mentored by Ian from the start of his career, he is now taking over the helm. He has a wealth of experience and has played a pivotal role in some of our largest regeneration projects and will continue to do so in the years ahead.”

Over the years, Ian and Andy have worked together on some of Downing’s landmark schemes including Broadcasting Place in Leeds (Best Tall Building in the World 2010 from the Council on Tall Buildings and Urban Habitat [CTBUH]), Downing Plaza – Newcastle, and £80m School of Arts at Leeds Beckett University.

Andy said: “It is no secret that the construction industry has had some challenging times the last few years with changes in legislation, insurance market challenges, supply chain issues, energy costs, Brexit, Net Zero to name a few. Downing has met every one of these challenges with motivation and enthusiasm and this is something we will continue to carry into this next chapter.”

Downing is currently on site at one of its biggest developments to date, First Street, a £400m mixed-use co-living scheme in Manchester city centre.

The company said this is a significant appointment that will further strengthen the knowledge and experience available to its clients.

Ben joins from Avison Young, where he served as an associate director focusing on the development of residential and mixed-use sites. Ben played a key role in a number of high profile projects for the company, including the disposal of 128 affordable units at Victoria Riverside to Trafford Housing Trust on behalf of Far East Consortium and the disposal of Liverpool FC’s iconic Melwood training ground to Torus Developments. 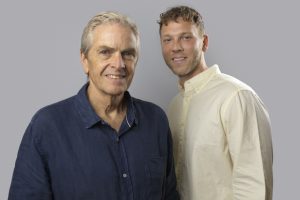 He is well known and respected in the industry, with key areas of expertise including agency and disposal, development consultancy, developer procurement and strategic land advice.

David Sayer said: “Ben is joining at a really important time for the business. His skillset will be hugely complementary in advising on land acquisitions, disposals and development consultancy. I am delighted to be working alongside him again.

“We are looking forward to catching up with new and existing clients over the next few weeks, to introduce Ben and to discuss the extended opportunities and increased support and advice that DSC can now offer.”

The new appointment is the latest stage in the growth of DSC since the business was set up at the end of 2018. The company is now advising landowners and housebuilders on a number of significant acquisitions and disposals throughout the North West and Yorkshire.

Audit, tax and consulting firm, RSM UK, has appointed new managing partners in Manchester, Preston and Stoke to build on the success of each office and continue to grow its market share.

Kevin Duffy has been appointed as managing partner for the firm’s Manchester office, in addition to his regional managing partner role. Kevin takes on the role from Eric Solomons who, having led the office for seven years, has stepped down and remains a senior partner in Manchester acting for an established portfolio of high profile clients. 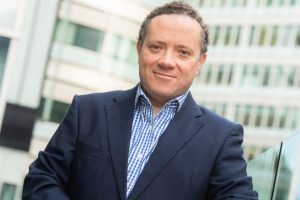 In Preston, Karen Musgrave becomes office managing partner. Having been with the firm since 2003 she brings extensive experience specialising in advising owner managed businesses and not for profit organisations including further education colleges and charities.

Adam Krupski has been appointed as office managing partner in Stoke, taking on the role from Anne Lakin.

Adam and Karen join both Kevin and Graham Bond, office managing partner in Liverpool and Chester, to shape the new look leadership team.

Kevin Duffy said: “I’d like to thank Anne and Eric for their huge contribution and the role they have played in our success. We have achieved so much as a business in the region, particularly in recent years, and Anne and Eric have been instrumental to what we have done. I’m excited about Karen and Adam joining our leadership team and I know they will help to drive the next stage of growth for our regional business – building on the success to date.”