The owner of upmarket burger chain Byron has filed a notice of intention to appoint administrators but is confident it will secure a rescue deal for the business.

Famously Proper filed the notice of intention as it looks to finalise a transaction to support the long-term future of the brand, TheBusinessDesk.com can reveal.

The filing provides a short window of time to secure a rescue deal without other creditors able to take legal action.

It would be the third restructuring in less than five years for the casual dining chain, which was generating annual sales of £90m from more than 70 restaurants at its peak. 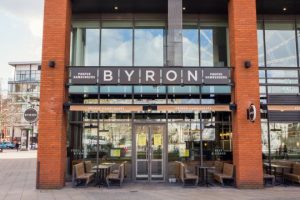 Today the company operates 21 Byron restaurants across the UK, including Leeds, Manchester, Liverpool and York, employing around 600 people.

Its second brand, Mother Clucker, had one restaurant in Islington, London, which is currently closed, and uses Byron’s 21 restaurants to provide a delivery service.

Byron was launched in 2007 and grew to employ 1,800 people as a chain of restaurants that had individual identities.

Its first restructuring in 2018 was a CVA that brought in new owners, Three Hills Capital, and resulted in the closure of 16 sites.

However the pandemic ended recovery hopes and a pre-pack deal in July 2020 resulted in 650 jobs being lost and 31 restaurants shutting, as private equity firm Calveton took over.

Three Hills kept a minority stake and its managing director, Lance Contento, was appointed to the board of Famously Proper’s parent company in November.