50 jobs are being cut at SSE Audio as the live events industry prepares to sound a “red alert” about the crisis it faces amid ongoing uncertainty about when large scale events can return.

The Government’s furlough scheme passed some of the costs on to the employer from last week, with the company contribution stepping up in September and again in October before the scheme ends.

But the Redditch-based company has been forced to make one-quarter of its workforce redundant – cutting jobs at all levels across the group – as it prepares to be without event income until at least March.

John Penn, who started SSE Audio in 1976 with his wife Heather, said it was “incredibly sad” that people were losing their jobs and called on the Government to provide targeted support to the struggling industry. 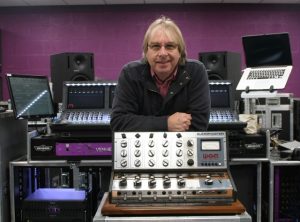 He said: “The furlough scheme has been great, but it now needs targeting where it’s still needed. As furlough stops, so redundancies are being announced right across the industry.

“We will have no choice but to cut our costs further to conserve the funds we have left to enable us to keep afloat, until we can safely return to work, sometime next year.”

There is also no expectation of being able to flick a switch and return to how things were whenever crowds are allowed back into theatres and arenas.

Penn said: “If there’s a cure and everything goes right, and we’re able to resume work next spring, then we’ve right sized the business for what we think we’ll be doing then.

“We’ve got a great future, its really bright. The problem is, I can’t see how we’re going to get to the future. That’s the issue, how we get from now to then.”

SSE Audio is supporting the events industry’s day of action on Tuesday, which is taking place in London with smaller events in cities around the UK.

Birmingham Hippodrome has been forced cancelled its Christmas pantomime and postponed all shows until at least February, and Paul Thandi, the boss of Europe’s busiest venue business NEC Group, has warned of the serious problems faced by his business and sector.

The #WeMakeEvents campaign is sounding a “red alert” to raise the profile of the problems facing companies and individuals in the live events sector even when the wider economy begins to return to work.

“People ask ‘so what do you do?'”, said Penn. “We give people experiences that they never forget.

“It can be a small gig with an up-and-coming band, or a stadium-sized production, but all the shows are about giving people memorable experiences that enhance their lives by taking them out of themselves and giving them a memory that stays with them for a very long time.”

SSE Audio is the UK’s largest largest pro-audio hire, sales and installations group. It delivered a £5m installation project at Tottenham Hotspur’s new stadium, provides sound production at Glastonbury, the Reading and Leeds festivals and many others, and was preparing for 2020 tours with global stars including Rammstein and the Killers.

The group has almost doubled its turnover in the last three years, and achieved revenues of £39m in 2019 with expectations of further growth. It forecast it should have been pointing its speakers to nearly 10m people in just four months this summer.

“I’ve seen this company grow, since I started in my garage 45 years ago,” said Penn.

“It’s been my life’s work. Our company has always been driven by innovation, finding better ways to make show sound better to give musicians and audiences, a better experience. And in this way, we’ve grown from strength to strength.”

But in mid-March, just as the industry was coming out of its post-Christmas slumber and ramping up for the summer festival season, its revenues plummeted to almost zero in a matter of days.

With expensive equipment filling warehouse space instead of stage sets, the only income is from the sale of second-hand equipment, which is bringing in less than 5% of the company’s usual revenues. 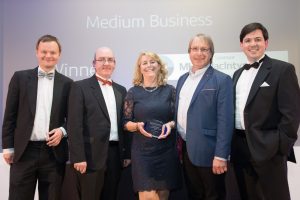 Its Canadian owners Solotech, which bought SSE Audio in 2018, is facing problems of a similar magnitude as it deals with the loss of tours by Paul McCartney and the Rolling Stones, among a packed, but now cancelled, calendar.

Although SSE Audio has a major installation job in London scheduled to begin next month, it will be many months before its live events business is back to work.

Penn said: “We won’t be doing any shows this year whatever happens because they take too long to plan these events.

“You can’t do outdoor shows until the early summer anyway, so forget it until then. Concert touring is always pretty dead in January and February, and this year there won’t be any pantomine work, so we think maybe we’ll have some concert touring during March or April.”

SSE Audio were involved in Beverley Knight’s recent pilot show at the London Palladium, which trialled a socially-distanced gig with more than 70% of the seats left empty.

Penn said: “Beverley Knight played her heart out and she did fantastic, a great performance, but sadly, at the end of the day, it’s just a bit sterile.”

“It’s not commercially viable – you haven’t sold enough seats to cover the cost of the show – and there’s not the right atmosphere in the gig.

“It just proves what we already thought – that you just can’t do it.”

Festive cheer off the menu as Birmingham Christmas Market cancelled