Two leading figures from the business and further education sectors have been appointed chair and vice-chair of the Coventry and Warwickshire Local Enterprise Partnership (CWLEP) to support its work driving forward the economy.

Nick Abell was appointed interim chair in April after Jonathan Browning stood down after six years at the helm of the organisation which helps to determine Coventry and Warwickshire’s economic priorities, driving growth and creating jobs.

He has been appointed chair and Marion Plant will be vice-chair until the recruitment of a long-term successor next year.

Abell became a board director at the CWLEP in 2012 and was appointed vice-chair five years later.

Abell, who is chairman of law firm Wright Hassall, is the CWLEP’s representative on the West Midlands Combined Authority’s Investment Board and as a non-executive director on the board of the UK Battery Industrialisation Centre (UKBIC).

He said: “When Jonathan announced he was standing down, we began the process of finding a replacement chair and we had interviews lined-up but that was halted by Covid-19.

“As vice-chair, I volunteered to be interim chair which was approved by the board and it has been very much business as usual over the last few months as we reset the economy due to the Coronavirus pandemic. 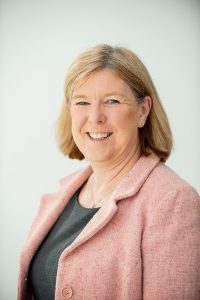 “A new timetable has been set to complete the long-term appointment process and, in the meantime, the board asked if I would be chair for continuity of leadership following a vote.

“I was more than happy to do so to give enough time to focus on appointing a new chair by spring next year when I will revert to being vice-chair.

“This will provide stability and ensure a comprehensive handover to the new chair as the area embarks on embracing Coventry’s year as UK City of Culture from May which will be swiftly followed by the Birmingham 2022 Commonwealth Games.”

Plant, who received an OBE for services to further education in 2009, added: “It is an honour to be asked to be vice-chair of the CWLEP to continue our effective public-private sector partnership working which has proved to be successful in securing millions of pounds of government funding for the area.

“Coventry and Warwickshire still has vast potential despite these difficult times and we want to continue to drive forward the economy to make it a great place to live, study and work.”