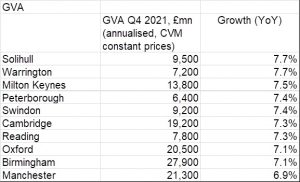 Property firm that tops the table for tenant representation in...