An event management specialist has appointed a new managing director to accelerate the firm’s UK expansion.

Carl Taylor will lead the UK operations of Coventry headquartered Stadium, which operates globally and employs more than 1,000 staff.

He brings with him a wealth of experience having worked in the events industry for the past 18 years, and will play a crucial role in Stadium’s involvement in the summer games.

He joins at a key time for the firm, which recently launched one of the biggest recruitment drives in its history with almost 300 jobs available in the West Midlands.

Taylor said: “I’m delighted to be joining Stadium and working alongside such a respected team, which has developed an excellent reputation within the events industry.

“It is also a company which has seen a tremendous amount of growth in recent years, and I feel that ambition – and the core values of honesty and integrity – align perfectly with me.

“I’m looking forward to getting out there, meeting our clients, and getting on the ground with all of our teams.”

He joins from OCS Group where he helped support preparations for the summer games.

Prior to that he was head of events at Carlisle Support Services, working alongside organisations including The All England Club, Lord’s Cricket Group, and Cheltenham Racecourse.

Stadium founder and executive chairman David McAtamney, who continues to lead the company’s global operations, said: “It’s great to have someone of Carl’s experience on board.

“I have no doubt his industry knowledge and contacts will be a great asset for us and our clients, during what is already shaping up to be a busy year.”

A Shropshire construction firm has made a raft of appointments.

Pave Aways has appointed Sarah Jones as its first marketing co-ordinator with Paul Cartwright taking up a role as contracts manager. It has also welcomed back Gary Thomas as a quantity surveyor.

Pave Aways has offices in Knockin, Newtown and Wrexham serving its client base across Shropshire, Mid and North Wales and Cheshire.

Current projects it is working on include the first ever specialist treatment centre for military veterans at the Robert Jones and Agnes Hunt Hospital at Gobowen, a new boarding house at Shrewsbury School and converting the former Oldford School in Welshpool into a family centre and nursery for Powys County Council.

Managing director Steven Owen said: “These new appointments will allow us to continue to develop our growing strength and expertise in low carbon and Passivhaus construction as well as further improving the environmental aspect of how we do business.

“Sarah and Paul are very welcome additions to the Pave Aways family, and we are delighted that Gary has returned to take up a new position with us.” 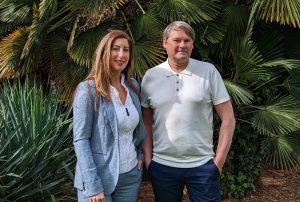 Teague has been in the advertising and marketing sector for almost two decades, holding the top finance spots at Connect (now ITG Connect) and Cogent, and more recently in one of the fastest high growth eCommerce businesses, where she was CFO for The Moot Group.

Lightbox was founded by Rob Pollard in 2005 and moved to Birmingham from Lichfield in 2016.