Redditch-based AYBL Group has been named as Britain’s fastest-growing private company, according to the inaugural Sunday Times 100 rankings.

Four companies from the West Midlands have been included in the top 20, with sportswear and fashion brand AYBL Group taking the top spot.

In the last year the group has made £23.5 million in sales, a huge 359% a year increase since its founding year.

Last year the firm secured significant investment in a deal that valued the business at £50m, from their school-friend and co-founder of activewear brand GymShark Lewis Morgan. The company employs 50 staff and is looking to hire more.

Reiss Edgerton, co-founder of the AYBL Group, said: “After years of hard work, seeing the AYBL Group named as Britain’s fastest growing private company has definitely been a ‘pinch myself’ moment.

“It’s not easy founding a fast-growing business from scratch and what a journey the last four years has been for myself and my brother, Kristian.

“We couldn’t have done it without our talented colleagues, who have been instrumental in the business’ success. I’d also like to congratulate everyone else who made the list.”

Fourth on the list is Absolute Collagen, set up by mother and daughter duo Maxine and Darcy Laceby. 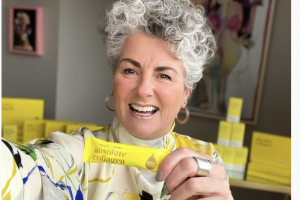 Maxine began making collagen products from bone broth at her kitchen table and has spiralled into the company turning over £17.3m in sales in the last year, a massive 251% increase.

Maxine, who will be joining our Women in Business panel next Thursday (7th July) said: “We are incredibly proud to be in The Times’ Top 100. Our journey from the initial concept idea and unique formula to where we are now has been fast, furious, and fun!

“Conducting ourselves with integrity at every point has always been a priority. Our commitment and duty to our customers, our ‘Absoluters’, has always been at the forefront of our decision making.

“Achieving fourth in The Times Top 100 is evidence that putting the consumer above the bottom line is paramount.” 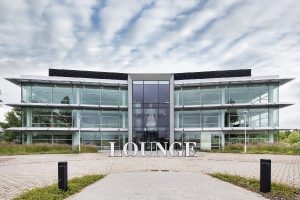 Sixth on the list is Solihull-based Lounge Underwear. Launched in 2016 by founders and couple Dan and Mel Marsden. The underwear business at Blythe Valley has made £62.5m in sales in the last year, a massive 214% increase. 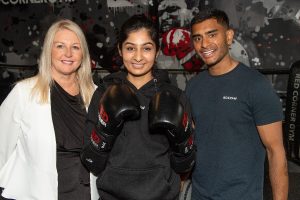 Also featuring in the top 20 is BOXRAW, coming in at 13th. Founded by Ben Amanna, BOXRAW, is currently based at the Quadrant in Coventry city centre, and was founded in 2017.

It provides sportswear and equipment for boxing and has developed the world’s most comprehensive machine learning model for boxing training, based on the largest data set of boxers ever captured.

Ben Amanna said: “It feels great to be named on the list and it reminds me that we’re on the right path, serving a community that was previously undervalued and underappreciated.

“While it’s nice to get this recognition, we seldom rest on our laurels, and I’m focused on the next chapter ahead.”

The research for the Sunday Times 100 found on average the top 100 fastest-growing companies have increased their sales by 91 per cent a year over the last three years to a combined £4.7 billion in sales.

Over 13,000 new jobs have been created by the top 100 fastest-growing companies in the last three years, with each business creating an average of 130 new roles. In total these companies employ 20,746 people.

Jim Armitage, business editor of The Sunday Times said: “The Sunday Times 100 is our new-look annual celebration of the UK’s entrepreneurial achievements. The founders of these exciting businesses are vital job creators and innovators.

“The top 100 have performed exceptionally during the pandemic and show how some companies used the change to consumer and work habits to their advantage.”