The next government must commit to an ambitious infrastructure agenda – including major projects for the North – if the economy is to succeed once the UK has resolved its future relationship with the EU.

That was clear the message from the Civil Engineering Contractors Association (CECA) as the parties get their General Election campaigns underway.

Major infrastructure projects such as the HS2 high-speed rail link and Northern Powerhouse Rail are seen as vitally important for the future health of the construction industry.

Supporters of the projects say they will not only create construction and civil engineering jobs, they will also unlock the economic potential of the North of England, creating more opportunities for the sector.

Earlier this year it was revealed that 2,000 firms across the UK had contracts with HS2, 70 per cent of them SMEs. At peak construction, more than 30,000 people will be needed to design and build the railway.

That is, if it goes ahead. The plan to connect London, the Midlands and northern England with a new rail link was thrown in doubt this summer with the announcement of a government review into the massive infrastructure project.

It was also revealed that the first phase will be delayed by up to five years amid rising costs. The new link between London and Birmingham was due to open at the end of 2026. However, trains will not now run on the line until 2028 at the earliest and possibly not until 2031.

The outcome of the review is not likely to be revealed until after the General Election, according to reports.

Business and political leaders in the North of England are vocal in calling for HS2 to go ahead and for an integrated plan that also takes in the Northern Powerhouse Rail (NPR) vision of improving east-west links.

NPR would be the region’s single biggest transport investment since the Industrial Revolution.

The stakes are high. A period of “transformative investment” in the north could give the Northern Powerhouse the opportunity to fulfil its purpose, according to a recent report.

Written by academics from the Alliance Manchester Business School, it highlights that a “core weakness” in the north is the lack of investment in transformative infrastructure.

Marie-Claude Hemming, CECA director of external affairs, said: “Whichever party or parties form the next UK government the infrastructure sector has the potential to be a driver of growth in the economy.

“That’s why we are calling on all parties to commit to the existing pipeline of projects, as well as to guarantee the future of mega-projects such as HS2, airport expansion, and Crossrail 2.

“Our members are also looking forward to the final publication of the next Roads Investment Plan, which must not be derailed by a new administration.”

Colin Harvey, director for the North at international consultancy and construction company Mace believes the united front being shown across the region is having an impact.

He said: “The momentum that has built around Northern Powerhouse Rail in particular has exemplified the North’s solid, unified approach.

“The message from organisations like the Northern Powerhouse Partnership, NP11 and Transport for the North has been very clear; the North needs better infrastructure and especially improved rail connections to boost productivity and achieve Britain’s post-Brexit socio-economic ambitions – such as reaching net zero carbon emissions by 2050.”

David Diggle, director at planning and development consultancy Turley, agrees. He said: “Voices across the northern property market, general industry and civic leaders are largely in unison. HS2 must happen, and not in isolation. Both HS2 and Northern Powerhouse Rail are essential.”

Diggle says the “transformational projects” will kick-start regeneration and international investment on a scale not seen before.

He added: “One can see the tangible benefits of HS2’s future arrival in Birmingham city centre where major development activity continues apace around Curzon Street station and at UK Central around the interchange station in Solihull.

“Confirmation of HS2’s arrival in the North would provide a similar boost, not just to major cities such as Manchester, Leeds and Sheffield, but also regional towns historically overlooked by developers and investors.

“While HS2 is not the only way of achieving this transformation, it is ready to go – once it’s been granted relevant Parliamentary approval – and redevelopment plans contingent on its arrival are already progressing. Northern Powerhouse Rail would turbo-charge the beneficial effects too.

“Should HS2 Phase 2 be scrapped, not many have faith that it would be replaced by equivalent investment in other projects – at all or in this lifetime. HS2 and Northern Powerhouse Rail are integral to the future of the North and this opportunity must not be missed.” 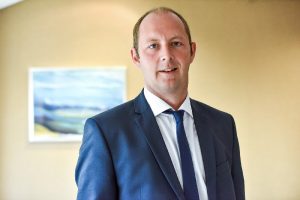 Matthew Dalzell leads Squire Patton Boggs European Real Estate Practice Group. He says there is a “reasonable amount of activity” in infrastructure. But he is also in no doubt about the importance of HS2.

He says: “There has been under-investment for so many years, so it comes a point when you have no option but to invest in infrastructure. It should be an on-going process.”

Dalzell also believes infrastructure projects will be driven forward by changes in the way people are living their lives and the changing face of our cities.

Giles Taylor, partner and head of property and construction for the North at KPMG, believes large-scale infrastructure projects could be transformational for construction.

He says: “Transport is an issue which has the potential to release huge economic value in the North, not just in terms of increasing productivity but also delivering a major boost to the construction industry. It is critical that major projects are able to act as a catalyst for the North.”

A sense of ambition

The construction sector has been urged to align itself more closely with local ambitions such as the emerging industrial strategies and metro mayor initiatives.

The call comes from Colin Harvey, director for the North at international consultancy and construction company Mace, who says that is the way to ensure “lasting and effective change”.

He added: “In our core northern regions, there has been a much-reported boom in the number of cranes on the skyline.

“This is especially noticeable in cities like Manchester and Leeds, although uncertainty over Brexit is still driving a reluctance to invest significantly in the construction and property markets.”

Harvey says Yorkshire is at “a critical juncture” with the prospect of a devo deal and the outcome of the HS2 review set to impact on major investment decisions.

He added: “It’s important to Yorkshire’s future success that its leaders remain joined up on key decision-making, especially across transport and education.

“New methods of procurement and delivery such as the ‘Hallam Alliance’ – which is bringing together Sheffield Hallam University along with construction, design consultancy and facilities management – are trailblazing a new approach to placemaking which allows partners to influence each phase of development through a whole-cycle approach to the entire project.”

Harvey added: “With political uncertainty looking set to continue for some time, it is imperative that our northern leaders continue to drive efficiency in the use public funding; through the city deals, the £3.6bn towns fund and the construction sector deal in particular.

“While the construction deal itself is exceptionally small compared to other sectors and investment programmes, it remains a strong opportunity for our private sector to lead from the front and affect a positive, lasting impact on the North’s built environment.”