Council’s lack of support left boxing gym on the ropes

A fortnight ago, the Prime Minister confirmed that following 124 days – or over a third of the year being closed – gyms would be able to reopen on 25 July.

While that is great news for the hundreds of us who want to get back and shed some lockdown pounds, what has this period of inactivity meant for these businesses?

Well, for one entrepreneur who prior to lockdown was in the final stages of preparing to launch her latest venture, a boutique boxing and barre studio in Sheffield, it meant that months of effort was put on hold. 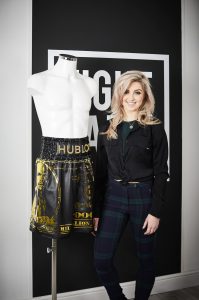 Sophie Whittam had completed all the preparation ready to open Box Barre, her new venture in the former Napoleons Casino on Ecclesall Road in the city on 1 April.

However, nine days before the doors were set to open, and as she describes it with all the “class timetables in place and the builders nearing completion”, it all stopped.

She said: “It put us into a bit of a spin at first. We had to cancel anything we had planned in terms of opening.

“All the builders and trades had to be laid off and it was a good month before the landlord said we could reopen the building to finish the works.”

However, even that wasn’t straight forward with lockdown having impacted builders’ merchants and certain suppliers.

Whittam said: “All our work benches are made in the States and we had custom flooring coming from overseas and even the boxing bags came from New York.

“So not only were we awaiting a Government announcement about when we could reopen, we couldn’t even get a date for when our product would be delivered ready for us to open.”

However, Whittam like many business owners sought to use some of the Government’s support schemes.

She’d successfully done so with her other endeavour, Fight Label, a business which designs and makes custom apparel for some of the biggest names in boxing, having worked with Floyd Mayweather and Anthony Joshua to name but two.

Sadly for Whittam, it appears Sheffield Council was unable to support Box Barre. She said: “Sheffield City Council has done absolutely nothing to support me which has been quite devastating really. They’ve done everything in their power to withhold what I should be due.

“It’s quite soul destroying when you start a new business which everyone is very excited about it and your local authority doesn’t support you whatsoever.”

When TheBusinessDesk.com approached the council for comment, a spokesman said: “There is certain criteria set by Government for the funding that councils have to abide by.

“This business owner wouldn’t be eligible for a business support grant because she wasn’t trading on or before the 11th March 2020, which is a part of Government guidance and councils can’t alter this.

“In addition to this, to get a business support grant as a gym with a rateable value above 15,000, they must first be eligible for Retail Hospitality Leisure Relief. 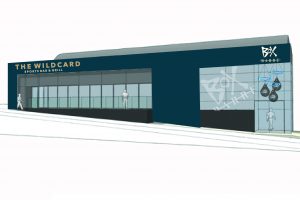 The council has however confirmed that, “Business Sheffield has been in touch with the business owner and advised her to apply for the Sheffield Coronavirus Business Grant instead, which is a discretionary grant that uses a different definition of ‘trading’ and has recently opened up for a second round of applications.”

Despite these challenges Whittam is excited about the much delayed opening of Box Barre.

Asked whether she was expecting there to be any reticence from the public about returning to gyms, she stated: ” People will naturally have a bit of a tentative approach and we do need to be respectful of that.

“I think people will respect the Covid guidelines that the Government is putting out, and will behave how they’re advised to behave in these kinds of environments.

“I think with the end of July reopening, honestly we are looking at August being the first month in which people are back in the gym environment.

“So by the time my full class table is running in September, I think worries around Covid will be less at the forefront of people’s minds.”

Ultimately time will tell on the impact of Covid on the fitness industry, but what’s clear is that Whittam is ready to come out fighting.

She finished by explaining why they would take a bit of time to get Box Barre open, but noted that it is on track to be up and running from September.

“I’ve got a 10-year lease on this premises and I want to get it right, and I want to wow the wonderful people of Sheffield with an amazing gym,” she said.

The industry association ukactive, which has welcomed the news of reopening, has also cautioned that the sector is not out of the woods yet.

Huw Edwards, the association’s CEO, added: “We seek to secure urgent financial and regulatory support from the Government to ensure reopening is financially viable, both for private and public operators.”

Grant pumps up expansion at pneumatics and compressed air firm