The world’s largest gambling business, Flutter which owns Sky Betting and Gaming saw revenues increase by 22% in the first half of 2020, rising to £2.4bn.

The firm however said that the period had been defined by the global pandemic and was a game of two halves. Stating, “Pre 15 March the Group delivered a strong performance, with pro forma revenues 26% higher year-on-year.”

This contrasted with the period 16 March to 30 June known as a “the disrupted period”, where its poker and gaming offers saw substantial year-on-year growth, which coupled with horse raining continuing in Australia and the US and “a run of bookmaker friendly sports results”, its revenue grew 20%.

It was against the backdrop this “the disrupted period” that the business successfully raised £800m from institutional investors to support its expansion strategies in the United States and online.

The first half of the year also saw the group complete its merger with The Stars Group (TSG), increasing its scale and diversifying its revenue streams both on a product and geographical basis. 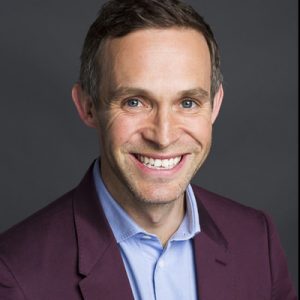 Peter Jackson, chief executive of Flutter commented on today’s figures, saying,”The pandemic has been a highly unusual backdrop for completion of our combination with The Stars Group and I would like to take this opportunity to thank all of my colleagues across the enlarged Group for their hard work, commitment and resilience as we have combined to form one team.

“The Group’s first half financial performance exceeded expectations as we benefitted from geographic and product diversification. In the period prior to Covid-19 related disruption, our businesses performed well with strong customer growth and favourable sports results. In the period thereafter, the cancellation of sports and closure of our shops led to reduced sports revenues in the UK and Ireland. However, this was more than offset by an increase in the number of recreational customers playing our poker and gaming products globally, as people sought new forms of home entertainment. In Australia and the US, the continuation of horse racing meant that overall sports revenues grew in both regions.”

Speaking further on the merger with TSG in May, the business highlighted it enhanced the Group’s brand portfolio by adding the consumer facing Sky Bet, Sky Vegas and PokerStars, to its stable which also includes Paddy Power and Betfair.

Jackson added, “While maintaining strong trading momentum, we have also made good progress since May on the integration with TSG.

“Important decisions are progressing on our technology plans and we are aligning our regulatory and responsible gambling approach across the expanded Group.”

Looking ahead to the remainder of 2020, Jackson said, “The second half has started well, with good sports betting performance following the return of major sport events, whilst gaming performance has remained resilient.”

The group has also said that is has “identified promising opportunities to increase investment across the Group” and despite the uncertainty caused by Covid-19 it remains confident about the future due to the diversification of the Group.

The business also today confirmed that former TSG chief executive, Rafael Ashkenazi has stepped down from the board and his role as non-executive director of the business, a role he took up in May when the merger completed.

Gary McGann, Chair of Flutter, commented: “I wish to take this opportunity to acknowledge the major contribution of Rafi in creating the exceptional business that is TSG. Rafi has made a significant impact on TSG during his seven-year tenure and was instrumental in transforming TSG from a single product operator to a diverse global leader with multiple product offerings. We wish him well for the future”.

Like many businesses, Flutter saw a drop in shares value in March when the market slumped as Covid-19 arrived in the UK. However, they have recovered and are now at a five year high of 12,580p a share, giving the business a market cap £19.563bn.