Yorkshire Wensleydale Cheese, Grimsby smoked fish, and Yorkshire forced rhubarb are among the iconic Yorkshire and the Humber products that could be protected in Japan for first time as part of the UK-Japan trade deal.

It is the UK’s first major trade deal outside the EU.

The deal secures additional benefits beyond the EU-Japan trade deal, including a way for Yorkshire and Humber products to be officially recognised.

By increasing geographical indications from just seven under the terms of the EU-Japan deal to potentially over 70 under the UK-Japan agreement, this would lead to improved recognition of key UK brands in the Japanese market.

Other products that could benefit from the new arrangements are Swaledale ewe’s cheese, and Dovedale cheese.

A deal could increase UK trade with Japan by £15.2bn, giving a £1.5bn boost to economy and increasing UK workers’ wages by £800m in the long run.

This will support the 676 businesses in Yorkshire and the Humber that exported to Japan last year and help even more local businesses to sell their goods to Japan for the first time.

International Trade Secretary Liz Truss said: “This is a historic moment for the UK and Japan. This is our first major post-Brexit trade  deal  and it goes far beyond the existing EU deal by securing new wins for British businesses including in our great manufacturing, food and drink, and tech industries.

“From our Yorkshire Wensleydale cheese and Yorkshire forced rhubarb to our heritage cashmere scarf manufacturers, this deal will create new opportunities for people throughout the whole of the UK and help level up our country.

“Strategically, the deal is an important step towards joining the Trans-Pacific Partnership and placing Britain at the centre of a network of modern free trade agreements with liken-minded friends and allies.”

This is the first step towards the UK’s aim to become  a  member of the Comprehensive and Progressive Agreement for Trans-Pacific Partnership (CPTPP), which will open up 11 key Pacific markets for exporters, reducing tariffs for UK business (95% of goods traded between members are tariff-free).

UK clothing manufacturers are set to gain from the agreement’s reductions in Japan’s apparel tariffs.

Yorkshire and the Humber could benefit significantly as the region exported £4.8m worth of clothing to Japan last year. 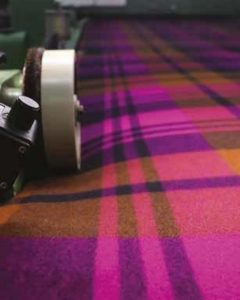 One business already experiencing success in the Japanese market is the Batley-based manufacturer of luxury handcrafted cashmere and woollen cloth, Joshua Ellis.

Supported by the Department for International Trade (DIT), Joshua Ellis already exports 80% of its overall turnover.

Demand in Japan for authentic British heritage products has made it one of the top markets for Joshua Ellis, with almost one third of the company’s exported goods being sold there.

Managing director, Oliver Platts, said: “Like many British heritage brands, Japan is a crucial export market for us.

“Our cashmere scarves and stoles can be found in top department stores and the brand resonates with the Japanese consumer who appreciates the quality and our 250-year history.

“Our 45 craftspeople boast a combined total of 1,150 years of experience with skills passed down from generation to generation.

“With 15% of our workforce comprised of apprenticeship schemes, we are looking to further invest in our future.”

Northern Asian Powerlist to be revealed