Regulator says schools could lose out in educational supplies merger

YPO and Findel Education Limited are two major UK suppliers of educational resources, supplying stationery, furniture, and art and science materials to educational institutions, such as schools and nurseries.

During its in-depth phase two investigation, the Competition and Markets Authority (CMA) has looked at the impact of the merger on schools and nurseries.

It has provisionally found that both companies compete closely, and any merger would reduce competition resulting in increased prices or reductions in service levels, quality and the range of products offered by the merged company.

The CMA says it looked at a number of suppliers within the educational supplies sector to understand the main sources of competition to YPO and Findel.

If the merger were to take place, the primary competitor to the merged entity would be RM Plc, a generalist UK-wide supplier, with more limited competition from a small number of regional generalist suppliers.

As a result, the regulator says the merger would leave educational institutions, “worse off with few alternative close competitors to the merged company”. 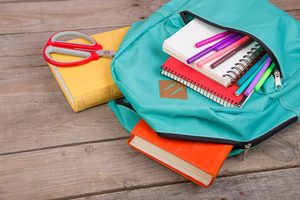 Stuart McIntosh, inquiry group chairman, said: “These firms are two of the leading suppliers of educational resources in the UK, so it’s important that the CMA protects schools and nurseries who rely on their products.

“The loss of competition as a result of this merger would likely lead to either higher prices or reduced service, and less choice for schools, which are already under considerable financial pressure.”

All interested parties now have until 30 October 2020 to submit views on possible remedies to address the CMA’s concerns, which may include blocking the deal.

All interested parties also have until 6 November 2020 to submit views on the CMA’s provisional findings.

Health and safety company’s expertise in demand across the North