As announced previously, the Wetherby-based Group adopted a new go-to market strategy for each of its US, France and Germany territories designed to replicate that of the UK and Netherlands.

Proactis says this contract win represents a strategically important milestone, being the first new customer in France to sign up under that new strategy.

The solution will cover the contract to order process and will initially be deployed with 100 users with an expectation to increase the number substantially during 2021.

USSAP is a not-for-profit organisation in the medical and health sector located in the south-west region of France consisting of 60 self-managed locations and approximately 1,700 employees.

“We are delighted to have been selected by USSAP in France following our success at DWIYDAG in Germany.” 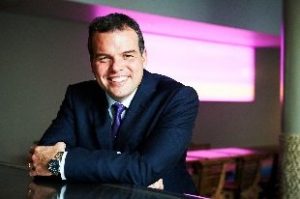 Sheffield-headquartered software company WANdisco has won a contract worth approximately $450,000 (£348,000) with a major mobile operator through the Amazon Web Services (AWS) Commercial Marketplace.

This is an initial deal to manage and migrate petabyte scale data across a number of locations.

CEO and chairman, David Richards, said: “It is great testament to the power of our technology that the largest mobile operators in the world have identified WANdisco as the only provider capable of migrating and managing live data sets at scale.

“This contract reflects our growing momentum with AWS and across the telecommunications sector, with businesses operating in this space typically having exceptionally large live data sets.”