Biotech business, Benchmark Holdings reported that revenue was down in its full year results ended 30 September following a “transformational year”.

The Sheffield-based firm saw revenues from continuing operations drop 15% resulting in an adjusted EBITDA of £14.5m against a £21.3m in the previous year. The firm said this was down to a decrease in revenue from Advanced Nutrition due to the impact of Covid-19 on global shrimp markets and a supply imbalance in the Artemia markets.

Despite the uncertainty within its divisions, its Genetics business had a strong performance delivering revenues of £41.5mm 5% above the previous period. The business is seeking to further grow this with the construction of a third salmon egg production facility in Chile which it expects to launch to market in FY21.

The results follow a period of transition for the business which following the appointment of Peter George as executive chairman, has undertaken an “ambitious restructuring programmes” resulting in the group refocusing on its core aquaculture areas.

As part of this programme the business divested non-core assets and exited loss making activities, which led nine disposals and the exit or closing of four business units, this included the sale of its vaccine manufacturing facility to Cell and Gene Therapy Catapult.

The previous 12 months has also see changes to the executive team with Septima Maguire joining as CFO and leading a £43m fundraise which along with a divestment programme has led to the business being in a financially strong position at the end of the year. Alongside Maguire the firm appointed Trond Williksen as chief executive officer in the summer. 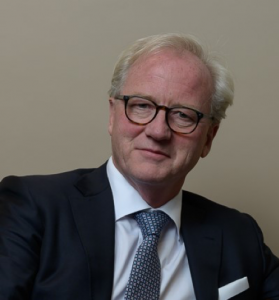 Commenting on the results Williksen said: “Our results reflect a strong performance in Genetics supported by resilience in the salmon industry, which was offset by a weak result in Advanced Nutrition due to adverse conditions in the shrimp markets and the ongoing oversupply of Artemia.”

He added that the results for the firm’s Health division were impacted by the significant restructuring and were primarily driven by sales of our legacy sea lice treatment Salmosan® and continued investment towards BMK08 and CleanTreat® which are expected to launch in Q2 of the 2021 calendar year.

WIlliksen added: “As we enter FY21 we have a financially robust Group with leading market positions in its three business areas of Genetics, Advanced Nutrition and Health, each with material growth opportunities.

“The strategy we set out at the beginning of FY20, our roadmap to profitability, remains in place. Having completed a comprehensive restructuring, our focus is now on the delivery on our pipeline of commercial opportunities in the respective business areas.”

He added that further streamlining and integration of the Group remained a strategic priority in order to “bring out the combined potential.”

George added: “Against a very challenging backdrop this year with Covid-19, I am proud of the Group’s resilience both operationally and financially.

“With the restructuring complete, we now have a streamlined Group focused on three core aquaculture areas of Genetics, Advanced Nutrition and Health, each with substantial growth opportunities and long-term positive drivers which give us optimism for the future. Our focus remains on becoming a profitable cash generative Group.”

Record delivery volumes for Hermes in 2020

Law firm commits to the city as it agrees move to new £85m...

NPIF investment helps rehab centre on its next step